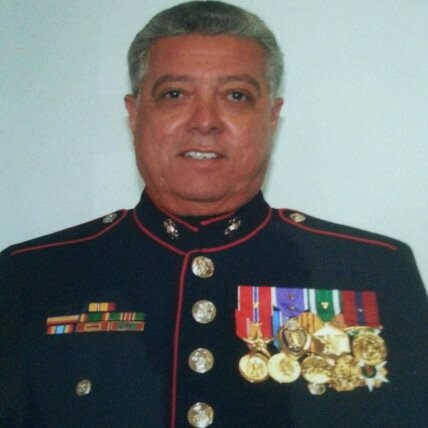 Carlos Juan Alvarez, 78 passed on January 11, 2023. Carlos is survived by his four sons, six siblings and nine grandchildren.  He is preceded in death by his mother and father and one sibling.

He was born in Puerto Rico and grew up in Brooklyn, NY.  At the age of 17 he joined the US Navy and shortly thereafter transferred to the US Marine Corp.  Carlos dedicated 23 years of his life with honor and courage to defending his country.  He served two tours during the Vietnam War and was awarded 2 Purple Hearts, a Bronze Star with Valor and several other meritorious accolades throughout his military career.  After retiring from an accomplished and honorable career in the military Carlos continued living his life enjoying time with family and friends.  He enjoyed music and the outdoors and was an avid sportsman.  He will be greatly missed by his family and friends.

Carlos will be laid to rest among other veterans who served this country with honor and pride in a National Veterans Cemetery in Florida.

Share Your Memory of
Carlos Juan
Upload Your Memory View All Memories
Be the first to upload a memory!
Share A Memory