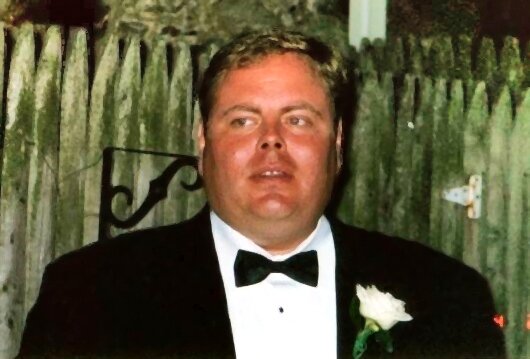 Obituary of Matthew B. Hines

Matthew B. Hines passed away on 14 December 2022, at William Childs Hospice Home, in Palm Bay, FL, after a short illness.

He is survived by his father, Edward Hines, of West Melbourne, FL; his brother and sister-in-law, Eric and Catherine Hines, of Concord, MA; nieces Erin and Emily Hines of Concord, MA; aunt and uncle Ellen and Carl Nagy of State College, PA; and many cousins.

He was preceded in death by his mother, Virginia "Ginger" Hines of West Melbourne; and uncle Mark Smith of Grand Junction, CO.

Matthew was born in Tacoma, WA on 10 February 1965. He spent his pre-school years in Fairbanks, AK; Aurora, CO; and Littleton, CO. He attended schools in Woodbridge VA, Patrick AFB FL; Montgomery, AL; Birkenfeld, Germany; Syracuse, NY; and Eglin AFB, FL. In his school year, he had a keen interest in political science and military science. He was active in Boy Scouts, football, baseball, soccer, and Junior ROTC.

After graduating from high school, Matthew attended Troy State University in Troy, AL, majoring in political science. He was active in football and swimming and was a member of Sigma Pi Fraternity. He held positions of leadership in the ROTC corps.

As an adult, Matt was an avid tropical fish hobbyist, and was widely regarded as a local guru. He was actively involved in various tropical fish groups such as the Brevard Reef Society and Nahacky's Aquarium. He was also an excellent photographer and won several prizes for exquisite photos of exotic fish.

Matthew had a strong sense of duty; if he was responsible for something, he would not rest till it was done. Though he lived frugally, he was known for his generosity.

Matthew had a wide circle of close friends. He was well-liked and was always known for his sense of fun and irreverent sense of humor. During the covid epidemic, he hosted "carport beers", which were friendly get-togethers with appropriate social distancing.

He will be remembered, and deeply missed.

A celebration fo life ceremony will be held at a future date. Arrangements are under the care of Ammen's Family Funeral Home in Melbourne, FL.

Share Your Memory of
Matthew
Upload Your Memory View All Memories
Be the first to upload a memory!
Share A Memory