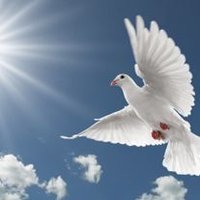 John Gordon Lees, born July 23, 1927, in Detroit, Michigan, transitioned peacefully with his loving family by his side on November 27, 2022, at Vitas Hospice Center in Rockledge, FL. He was 95 years old.

Raised in the Detroit area, John joined the navy after World War Two. With the help of the GI Bill, he attended Western Michigan University where he met his first wife, Mollie Anne Butler. After graduating University of Michigan Law School John practiced Tax Law for US Steel in Duluth, Minnesota. The young family next relocated to Montreal, Canada and then ever nomadic, moved to the tiny town of Port Cartier in northern Quebec. John later took a job with Alcan which brought them back to Montreal for the next 23 years. They purchased a small cottage on the shores of Brome Lake, an hour outside the city, where they passed many summer weekends and attacked ski slopes in the surrounding mountains during winter. Approaching retirement, John and Mollie purchased a home in a golf course community in Melbourne, FL while enjoying world travel.

John was proud to have raised a successful and happy family. He was a caring, active father, and will be missed by his three children, Mary Elizabeth and husband Bob Murphy of Melbourne, Kathleen Gwen and husband Andrew Cole of Melbourne and Jonathan Butler Lees and wife Mandy of Southport, NC, his four grandchildren, and numerous other family and friends. He was pre-deceased by his two beloved wives, Mollie Ann Butler-Lees and Kathy Davison-Lees.

He was a life-long duplicate bridge player, golfer, an unabashed Democrat, and student of all things. Johns’ curiosity led him to explore many far-reaching avenues of interest with a unique ability to simplify and share what he had learned. Rational thought steered his way. He and Mollie became Unitarians during their early years in Duluth, MN. In Florida they joined the Melbourne Unitarian Universalists and later joined the Friendship Fellowship of Pineda. They were both active members contributing in so many ways. When he was service leader, he always started with a Sufi poem.

Additionally, he is remembered for his active efforts and support for the Hemlock Society where he supplied legal consultation and financial assistance for the cause. He was consistent in his beliefs, ever articulate, warm, humorous, and intelligent. He cared deeply about the future and the legacy we are leaving our children and grandchildren.

Arrangements have been entrusted to Amman Cremation.