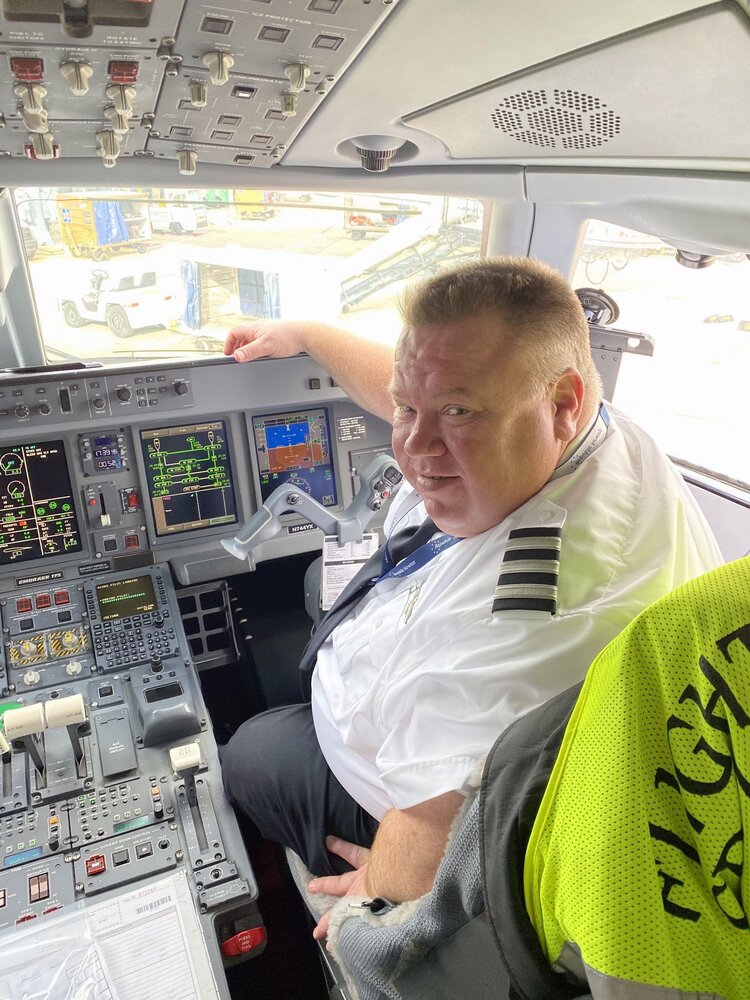 Memorial services will be held November 5th, 2022 at 9:00 am at Our Lady of Lourdes Catholic Church 1710 Hickory St. Melbourne, FL. A Celebration of Life will be held later in the day.

Shawn was born on August 24, 1974, in Springfield, Massachusetts. His passion for flying began at the age of thirteen when he volunteered to serve with the Civil Air Patrol at Westover Air Force Base in Chicopee,  MA. After graduating from Cathedral High School, Shawn continued his service with the Air Force Reserve as a Security Specialist.

Shawn's quest to become a Commercial Airline Pilot brought him to Florida where he graduated from the Florida Institute of Technology with a bachelor’s degree in aviation management with Flight. His pursuit for air miles was a long and winding path, and he spent several years working in the restaurant industry as the manager and part owner of a popular Melbourne, Florida barbecue restaurant. Despite his divergent path, however, his passion for flying soon returned and after a brief stint living in Denver, Colorado where he worked as a postal mail carrier, he found his path back to flying when he re-certified his pilot license and began to rent single engine airplanes by the hour and flying the Colorado prairie to begin earning his air miles.

Shawn soon found work flying small engine aircraft equipped with imaging cameras to provide geographical and 3D imaging for various industries in cities throughout the U.S. and these missions earned him enough air miles to follow his bliss and achieve his goals.

Shawn became a Commercial Airline Pilot with ExpressJet flying the Emb-170. After a brief pandemic interruption, he continued to live his dream with Republic Airways.

In 2019 Shawn (Chuck) Thomas was awarded the Central Florida Humanitarians Award for his work with the Brevard Relief for the Bahamas Mission. His efforts as Load Master ensured critical supplies reached the people suffering from Hurricane Dorian in 2019.

Shawn's dedicated service to his country, family and friends and his dogged pursuit of his ultimate dream was inspiring. Chuck's open heart, bright smile and easy laugh was cherished by everyone who had the pleasure of his company.

The posts from Chuck's friends on his Facebook page are a testament to the impact his life has had. Many wished and prayed he would rest in peace, but Shawn (Chuck) Thomas does not rest... He SOARS!

That is why all the stars in the night sky shine a little brighter and that whisper in the wind are the Angels welcoming another great soul home. Safe travels Shawn (Chuck)...