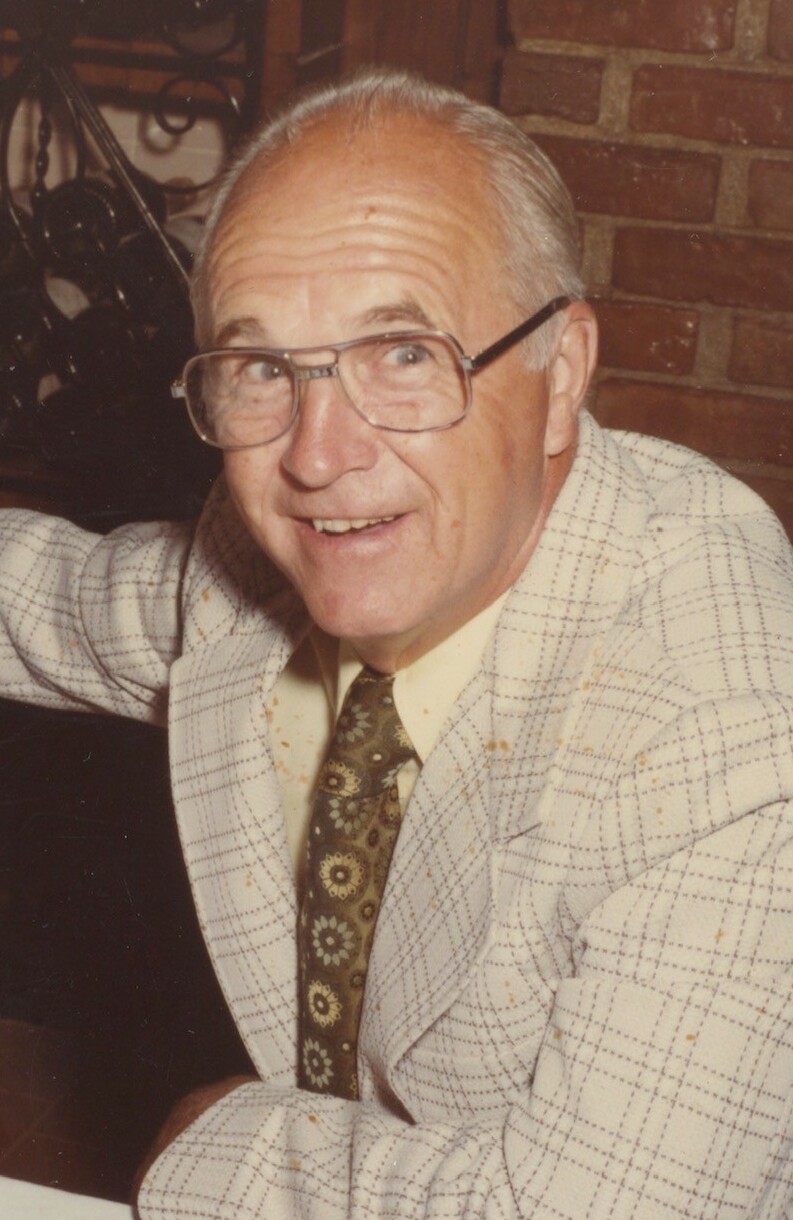 Earl is survived by his daughters Nancy Kehl (Hans) and Judy Nichols (Douglas), grandchildren Wendy and Tom, and three great grandchildren. He is pre-deceased by his wife Dorothy and three siblings.

Born on February 9, 1923 in Philadelphia, PA, Earl spent his childhood in poverty. He was unable to finish high school due to the need to help support the family. He worked for his stepfather selling soft pretzels from a cart on the streets of Philadelphia. Summers were spent happily at a distant family's farm picking berries earning enough to get a bicycle. In his teens he worked in a hosiery mill in NJ where he met Dorothy.

When World War II erupted, Earl joined the Army Air Corp and served as a tail gunner on B-24s flying over Europe. Returning home, he married and settled in Riverside, NJ where he and Dorothy raised their two daughters. The family moved to Miami in the 1950s and Earl worked for National Airlines and later Velda Dairy as a mechanic. He had the brains of an engineer without the education or opportunities he deserved. He was a self-made man without the privileges most take for granted today.

Earl and Dorothy moved to Grant, where he built his own house, and then Glenbrooke at Palm Bay for the last twenty years of his life. He worked as a volunteer, jack-of-all-trades, maintenance man at Glenbrooke well into his nineties. He had a work ethic second to none. On the day of his death Earl was still working on his woodworking projects.

Earl was a devoted and loving father. He loved his family and friends. Mentally vibrant to the end, he loved trash talking with his guy friends at the Palm Bay Senior Center Woodshop. They were his second family. He enjoyed the friendships at Glenbrooke as well acting in skits, calling bingo and wearing his crazy t-shirts. One shirt said “To do list: Wake up - Be awesome.” And he was.

Earl's family thanks the staff at Glenbrooke and William Childs Hospice House for their exceptional care. A private memorial gathering will be held at Glenbrooke in the near future. In his memory, Dad would be pleased to have us express a kind word or gesture to a friend or stranger.