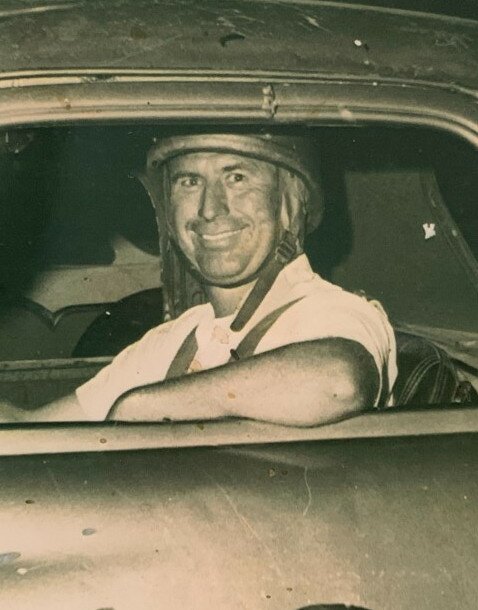 Our daddy finished his last race on Saturday, September 3, 2022 in Avon Park, Florida. He was born in a log cabin on Collard Valley Rd in Cedartown, Georgia. There he met the love of his life Ruth, on that old rolling dusty country road. They were married for 67 years. Momma passed on August 22, 2020.

Daddy worked at Lockheed Aircraft in Marietta. He was in the National Guard, then drafted into the Army. Not long after they were married, he was sent overseas to Korea. The war had just ended but his division stayed over there and he was a pitcher for the baseball team. He was the owner of Harold's Shell in Eau Gallie, from the early 60s to 1974. He also raced stock cars at the Eau Gallie Speedway then. He coached 4 championship Little League baseball teams, coached multiple All-Star teams, and Harold's Shell also sponsored 1 championship baseball team. He was also a scratch golfer.

Momma and daddy moved back to Rome, Georgia in 1984, he had gone back to work at Lockheed. They spent 10 years up there with their Georgia folks. They returned to Eau Gallie in 1995. We were thankful to have them back in Florida to continue making many more memories together.

He was preceded in death by his parents Tommie P. and Amelia F. (Davis) Rushing, his 5 brothers and 3 sisters. He is survived by his son Tommie (Donna) of Melbourne, FL; daughter Angie (Fred) of Avon Park, FL; son Doug (Jennifer) of Melbourne, FL; 6 grandchildren; 9 great-grandchildren; and many nieces and nephews. He loved and cherished his family.

Our family would like to thank Royal Care of Avon Park, FL and VITAS hospice of Sebring, FL for the love, care, and support that they gave our daddy.

"Together Again"- with his Sweet Georgia Peach!

Share Your Memory of
Harold
Upload Your Memory View All Memories
Be the first to upload a memory!
Share A Memory