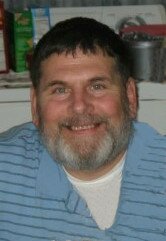 Charles Thomas Barefield, age 61, passed away on Monday, June 20, 2022 of a sudden heart attack in West Melbourne, Florida. He was born on April 24, 1961 in Charleston, West Virginia to the late Norma and Wandel Mullins and to Arnold Ray Barefield.

Chuck graduated at Dunbar High School (WV) in 1979 where he played football. Chuck graduated from WV State University with a degree in chemistry. He was a great salesman at the car dealership. He was always involved in sports starting at a young age and it continued to be one of his passions throughout his life. He loved football, basketball, and baseball, but he was an avid Green Bay Packers fan through and through.

Charles is preceded in death by his parents Norma Mullins, Wandel Mullins, and Arnold Ray Barefield; his brothers Mark Barefield and Howard Mullins, and more recently joined by his nephew Mark Andrew Barefield.

Charles and his family would like to give special thanks to Eric and Rita for all of the help and support that they gave to Charles at a difficult time. The great Coach Bill Young once looked at Chuck during a tackling drill and in his trademark gravelly, intimidating voice said, "Barefield! He's not a bear, he's just a little cub." Coach had it right.

A service for Charles will be held at a later date.