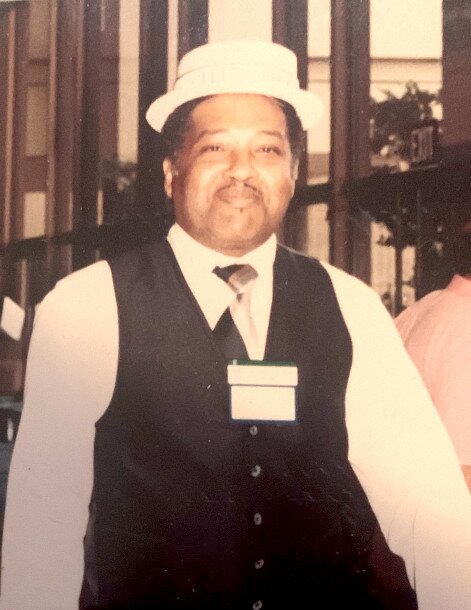 Dada was born in Oriente, Cuba on April 28, 1932, to Stanley and Lazarine Bonitto, the first of six children. He met and married Ivy Rose Cover at St. Luke's Anglican Church in Kingston, Jamaica in 1954.

He immigrated to the United States in 1961 and worked hard to bring the rest of his family (his wife and children). The family was reunited in 1962 and lived in Springfield, Massachusetts until he and Mama retired to Palm Bay in 1991. He was a devoted member of Faith Baptist Church for many years.

Dada was an extremely hard worker because he always wanted to provide for his family. He was a dedicated family man and always greeted everyone with a smile. Dada loved people and always wanted to listen to anyone he happened to start a conversation with - he was a 'social butterfly' with a quest for knowledge.

Dada always encouraged everyone he talked to and loved being a champion for the people. When he worked as a mail handler at the US Post Office, he became a shop steward so he could represent co-workers who filed disputes due to unfairness within his department.

Dada taught us good work ethic. By his actions he showed us that if we worked hard and have compassion for people our lives would be fulfilled. He supported us no matter what we chose to do and encouraged us along the way.

He suffered a back injury while working at the post office and after a few years of light duty he decided to enjoy retirement by moving to Florida and making use of his phenomenal gardening skills (we had a garden in our backyard in Springfield with vegetables galore because of his green thumb).

Dada's back injury hindered his ability to function at full capacity. He could no longer attend to his garden as the pain he endured seem to increase throughout the years. Dada had his Bible by his side and read it every day because he wanted to be close to the Lord. The Lord knew this and understood dada's pain. When He saw that Dada's suffering had become unbearable, He took him in His arms and allowed him to finally be pain-free. It does our heart good to know that Dada can now rest comfortably.

Dada leaves behind his wife Ivy of 67 years, 3 siblings, 6 children, 9 grandchildren, 3 great-grandchildren, and a host of nieces, nephews, and friends.

Share Your Memory of
Winston
Upload Your Memory View All Memories
Be the first to upload a memory!
Share A Memory