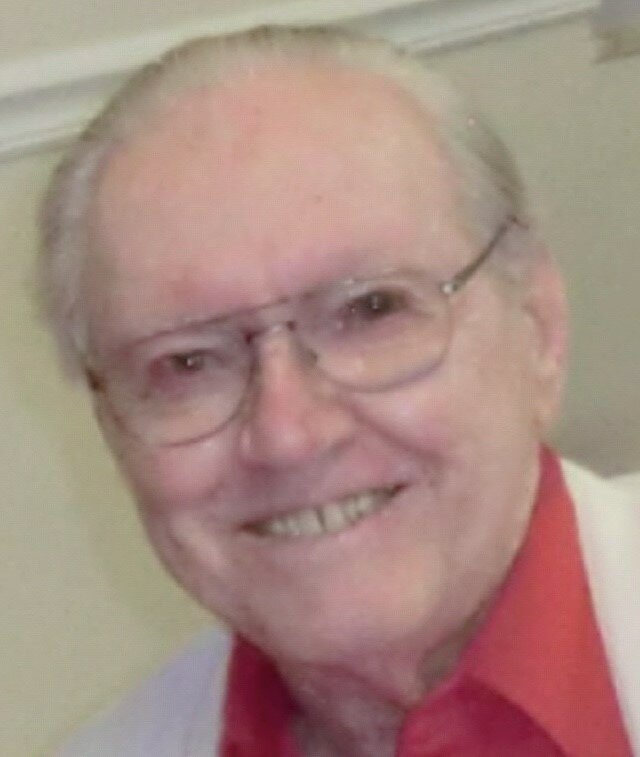 Jim Huxter of Palm Bay, Florida, was a loving husband of 58 years, father, grandfather, great-grandfather, and a man of integrity. He left this world to join his wife Barbara, oldest daughter Vicki and son Martin, the youngest of four.

Born in NY City, NY, he worked and lived most of his life in Richmond, VA, where he worked as a Sales Representative for the West Bend Company, West Bend, Wisconsin. He was a proud graduate of the University of Richmond, and a fraternity brother of Sigma Alpha Epsilon. Jim was an avid Spider fan and cheered them on until the end. He moved to Brevard County in 1983, when he retired. He and his wife, Barbara, were dedicated musicians of the Melbourne Municipal Band. Jim was a "swinging" percussionist for 23 years. Jim and Barbara loved to travel and experienced seeing all fifty states and countries abroad.

Surviving family include his daughters, Shelley Vasquez and Donna Classon, his son-in-law Danilo Vasquez, his six grandchildren, and four great-grandchildren. Jim was honorably discharged from the military and was celebrated by a private military memorial service.

James will be sorely missed!