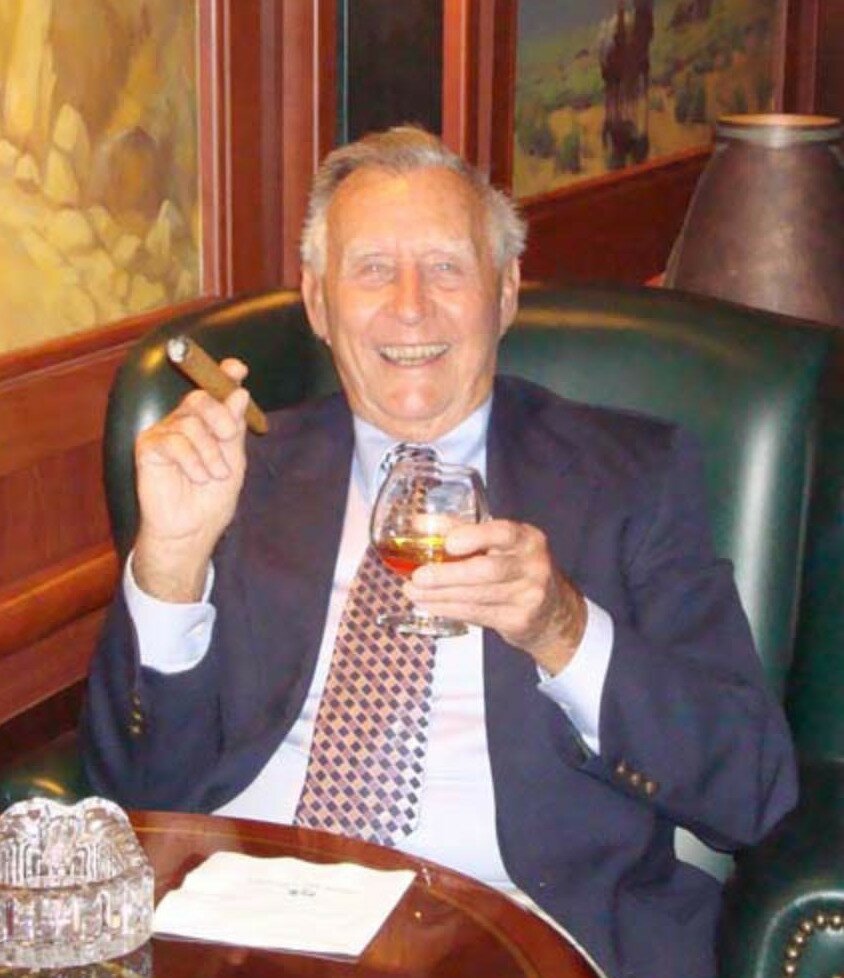 David Collette, who celebrated his 100th birthday with family and friends in Cocoa Beach, Florida, on March 25, 2022, returned home to his spiritual family on Sunday, June 12, 2022.

David is a WWII veteran having served for the Army of the United States as first pilot of the C-46 Combat Cargo Group flying missions in the Asiatic Pacific Theater and when honorably discharged as rank of Captain, it was noted he engaged in long over water flights that called for expert navigation. David was a member of the Veterans of Foreign Wars, active in planning reunions with fellow service members of the 7th Combat Cargo Squadron, 2nd Combat Cargo Group, 54th Troop Carrier Wing of the 5th Air Force, and participated in the Stars and Stripes Honor Flight in April 2009.

Under the G.I. Bill, David enrolled at Purdue University where he met his late wife, Janet L. Collette (nee Reiser), who preceded him in death in August 2005. David had a good sense of humor and could be playful as his publication "Lucky Windy" notes that he once buzzed the Purdue campus in an AT-6 and dove down into a field hockey match that Janet was playing, pretending he was going to crash. David graduated with a B.S. in civil engineering and settled with Janet in Pittsburgh, Chicago, South Bend, and finally Milwaukee, Wisconsin.

David and Janet, who were married 57 years, had five children of 4 sons and 1 daughter, and David was active in both Boy Scouts and Girls Scouts of America, enjoyed family sailing, fishing, camping, downhill skiing, ice skating, and traveling cross country in station wagons and motor homes, was a member of the School Board for Homestead High School, Mequon-Thiensville, WI, belonged to the Scottish Rite of Freemasonry, and an active member of Crossroads Presbyterian Church, Mequon, WI, as an elder, deacon, usher and volunteer.

The family will plan a service at the Memory Garden of Crossroads Presbyterian Church, Mequon, WI, as David will be inurned there to join his late wife Janet. Friends can leave condolences online at Ammen Family and in lieu of flowers, contributions would be appreciated to the American Diabetes Association and the American Cancer Society.

The family wishes to personally extend their thanks to David's neighbors Ann Rybicki and Karen Potter, Elsa Clark, Maureen Jones, Kathy Prescott and her team and the hospice team at VITAS Healthcare.

Share Your Memory of
David
Upload Your Memory View All Memories
Be the first to upload a memory!
Share A Memory