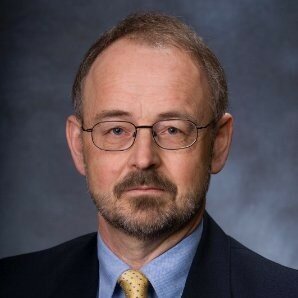 Dr. Michael (Mick) Banks passed away age 70 years old on 11th May 2022 in his new home state of Florida. Michael was born to parents Norah and Edward Banks of Pegswood in Northumberland in the United Kingdom. He is survived by his wife of nearly 40 years, Janet Banks, his children Michael, Paul and Katie, his sister Sylvia, her husband and their children, sister in law Barbara, her children and grand children and brother in law Rob, his wife, children and grandchildren.

Michael attended the local village school in Pegswood and nearby Morpeth Grammar school before going on to earn a Bachelors degree in Pharmacy, a PhD in Pharmaceutical Technology and a Masters in Business Administration.

Michaels career in the Pharmaceutical Industry started as a pre-registration student at Burroughs Wellcome in Kent before going on to Abbott Laboratories on the Isle of Sheppey. Michael joined Pfizer in Sandwich Kent UK in 1984 and transferred to Groton/ New London in Connecticut, USA in 2005. Michael attained the position of Vice President before retiring from Pfizer in 2011. Michael proceeded to set up his own consulting business and worked closely with CPI Pharmaceuticals before and during working a further 5 years for Achillion Pharmaceuticals in New Haven, Connecticut as Senior Vice President.

Michael was a down to earth person whose life outside of his career was full and active. He loved his wife and family and made lasting friendships from college, work and through sport. Michael played football (soccer), rugby and cricket for local teams both in Kent and whilst at college and in later years competed in triathlons including two half ironmans. He supported his children’s activities by cheering from match sidelines, helping coach, referee and transporting children to matches and swimming meets.

Michael also enjoyed travel and history. After graduation, Michael travelled to the USA through the British Universities North American Club (BUNAC) to teach football (soccer) at a summer camp before spending thirty days travelling around the outside of the USA on a greyhound bus, crossing into both Canada and Mexico. Family holidays included such places as Machu Picchu and the Nazca Lines in Peru, Ephesus in Turkey, Angel Falls in Venezuela and Chichen Itza in Mexico.

There will be a Celebration of Michaels life in Waterford Connecticut at Filomena’s, July 17th at 2pm.

There will also be a Celebration of Michaels life in Kent, UK, at a later date.

Donations in Michaels memory can be made to the American Cancer Society in the USA  here  or Cancer Research UK here.