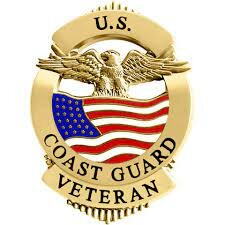 Michael Williams Rogers, age 81, of Melbourne passed away on April 25, 2022. He was born in Boston, MA on October 18, 1940 to Patrick and Mary Elizabeth Rogers. He graduated from S. Boston High School. Michael went into the United States Coast Guard and served for 4 years before he left the military and returned to school at MIT for a civil engineering degree. He graduated with a master's degree and worked as a civil engineer for several years. In 1973, he returned to the Coast Guard and retired after serving 26 years.

After retirement from the Coast Guard, Michael once again returned to school and graduated with a bachelor's degree in Special Education. He worked as a teacher at Vero Beach High and then at he Brevrad Juvenile Detention Center in Sharpes , Florida. After 10 years of teaching, he retired but kept active for several more years as a substitute teacher at several high schools in Brevard County.

He leaves behind his wife of over 40 years, Mary; 2 daughters, Mini Roach and Catherine Patter; 2 grandsons, Edward and John Michael; and 2 grandaughters, Eliza and Josphine.