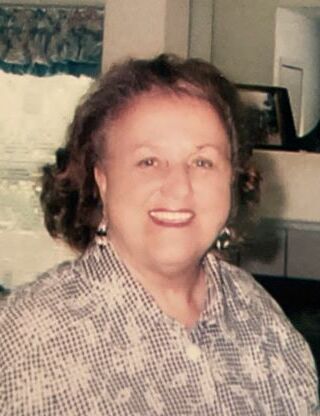 Matilda “Didi” Rogers from Melbourne, Florida passed away peacefully on May 15, 2022. She was born December 2, 1924 and was the daughter of the late Michael and Rose Scamardella. She was born and raised in Brooklyn, NY. After World War II she met Wyley Blake Rogers who was then in the Merchant Marines hailing from Oklahoma. They were married June 22, 1947 and lived as husband and wife for 40 years before his passing in 1987. They especially enjoyed traveling and family get-togethers in their many years together.

Matilda was devoted to her family and maintained close ties with them her entire life. She always had a positive outlook and brightened the day of those she came in contact with. She was above all a loving wife and mother. Sadly, her cherished son Blake Lee Rogers passed away in 2017. She will be greatly missed by her daughter Judie Devitt and husband Thomas; sisters Peggy Wells, Terry Hodge and her husband Dave; sister-in law Aurora Scamardella; Grandchildren Jamie Hansson, Lee Rogers and his wife Lisa, Christopher Rogers, Michael Devitt and his fiancé Sean Sullivan, Matthew Devitt and his wife Elizabeth, Melissa Brouillard and her husband John; great grandchildren, Josh, Madison and Angelina Hansson, Ava, Addy and Avery Rogers, Tripp and Colt Brouillard - will all miss Grandma dearly. Other extended family she held dear included her brothers Anthony “Tootsie” Scamardella and his wife Carmella, Vincent “Chubby” Scamardella, sister Ann Sullivent and her husband Harry, brother-in-law Paul Wells, daughter-in-law Christine Rogers, niece Jessie Sledzaus (all now passed) and many other cherished family members. Services will be scheduled at a later date.

The family wishes to extend a heartfelt thank you for all the prayers, support, and love during this time.