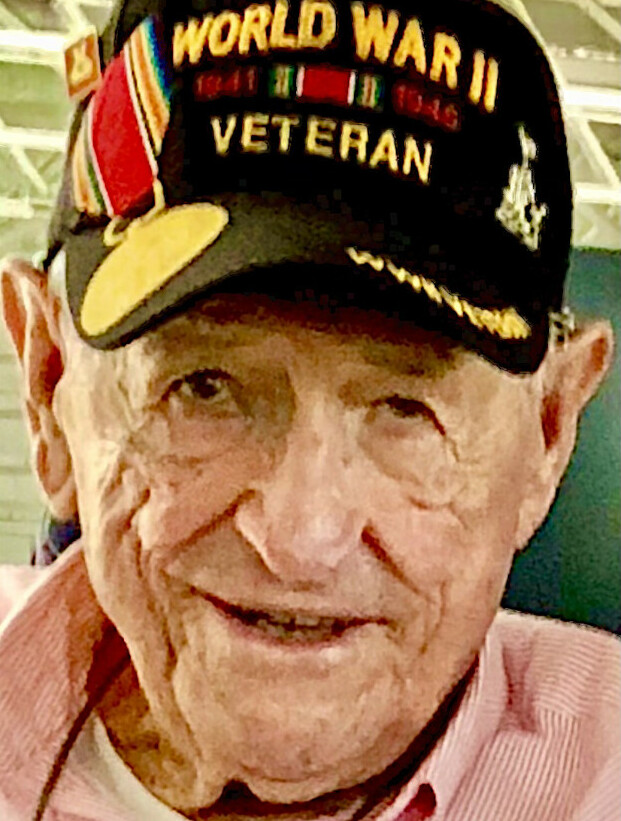 Ike Rigell was born on January 10, 1923, in Slocomb, Alabama, to the late Isom Rigell, Sr. and Mary McCaskill Rigell. After graduating from high school in June 1941, Ike enlisted in the Marine Corps. Upon graduation from boot camp in San Diego, Ike was assigned to the 6th Defense Battalion on Midway Island. War started for Ike on the night of June 4, 1942, when the Japanese forces attacked Midway Island. He continues to serve on Midway until May of 1943 when he was reassigned to the newly formed 4th Marine Division. Over the next thirteen months, Ike and the 4th Marine Division made four assaults on Japanese territory. First, at Roi-Namur in the Marshall Islands, then on Saipan, Tinian, and finally, Iwo Jima. When the war ended, the 4th Marine Division was preparing to leave for the invasion of Japan.

Upon discharge from the Marines, Ike returned to Alabama and played a year of professional baseball in the old Alabama State League. He then enrolled in Georgia Institute of Technology, where he graduated with a degree in Electrical Engineering in 1950. After a short time with the Tennessee Valley Authority, he joined the Army Ballistic Missile Agency, headed by Werner von Braun in Huntsville, Alabama. Ike was a charter member of the team that was formed to launch the first Redstone rocket in August of 1953 at what was then known as the Cape Canaveral Test Range in Merritt Island, Florida.

While working in Huntsville, Ike met the love of his life, Kathryn Gillespie, who was working in the Engineering Data Center at Redstone Arsenal. They married in September 1954 and soon thereafter, they, along with other members of the launch team, moved to Florida. They first settled in Cocoa Beach, and then relocated to Titusville where they raised their family.

Ike enjoyed a long career in the United States Space Program. He was a member of the team that launched the free world's first satellite, Explorer 1, in 1958, and also the launch of the first American into space, the sub-orbital flight of Alan Shepard in 1961. He continued as a member of the team that launched the Redstone, Jupiter-C, Jupiter Military Rocket (IRBM), Pershing Rockets, Saturn 1-B, Saturn-V, Skylab, and Apollo/ Soyuz. During the Apollo years, Ike was the Deputy Director and Chief Engineer of Launch Vehicle Operations. During the Apollo- Soyuz Program, he was the Director of Launch Vehicle Operations and was later the Director of Shuttle Payload and Unmanned Vehicles. Because the prime Space Shuttle payload was the Space Lab, which was being developed in cooperation with the European Space Agency, Ike made a number of trips to various European countries to supervise its construction. Ike retired from NASA in 1981 and went to work for the United States Boosters International as head of the USBI Field Engineering Office at Kennedy Space Center. He retired from USBI in 1991 as Vice-President of USBI, Florida Operations.

He and Kathryn loved traveling, both domestic and foreign. They crisscrossed the United States and Canada in their beloved Airstream trailer, taking grandchildren with then whenever possible. They made a number of trips to Europe, Israel, North Africa, South America, Russia, Turkey, and China. On one such trip, they crossed the Atlantic on the Concorde where they experienced breaking the sound barrier, and later returned to the United States on the QE-2. The most memorable of these trips involved traveling into China smuggling Bibles. They also handed out Bibles in Red Square and other cities in Russia.

In 2012, on a trip which was made possible by the generosity of the Greatest Generations Foundation, Ike and seven other Marine were able to return to the battle sites on Saipan, Tinian, and Iwo Jima. There he attended a moving ceremony which included Japanese survivors of the battle of Iwo Jima, and officials from the United States and Japanese governments.

Ike published his memoirs in 2016, which chronicled growing up during the Great Depression, participating in five major battles in WWII, matriculating at Georgia Tech, working forty years in the space industry, and raising a family of six with his beloved wife, Kathryn.

He received a number of awards during his career with NASA and USBI, including "Man of the Year" from the Seventh Space Congress, twice awarded the NASA Exceptional Service Medal, and the Lifetime Achievement Award from the National Space Club. In addition, he received a special citation for bravery from the Commanding General for his actions during the battle of Iwo Jima.

Ike Rigell's life is best described as one marked by love for God, his family, his country, and his many friends. His most enjoyable times in retirement were those spent with Kathryn and their ever-growing family.

The family would like to offer special thanks to Dr. Susan Dennard, who walked with us through our father's illness and constantly provided loving and wise counsel which surely extended the length and quality of his life. In addition, the family would like to thank Teri Rigell for her loving and prayerful devotion to Ike and the entire family. We also wish to recognize caregivers Ashly Doughtie and Joni Keaveney for their extraordinary love and professional care for our father. Lastly, the family thanks the staff and nurses of St. Francis Reflections Hospice Care for their care, guidance, and compassion.

The family will receive visitors at 9:00 A.M. April 2, 2022, at Park Avenue Baptist Church, 2600 S. Park Avenue, Titusville, FL 32780, with the celebration of life service to follow immediately thereafter at 10:00. All are invited to a reception immediately following the sevice which will take place in the church fellowship hall.

There will be a reception immediately following the service for all whom want to attend in the church fellowship hall.

Share Your Memory of
Isom
Upload Your Memory View All Memories
Be the first to upload a memory!
Share A Memory