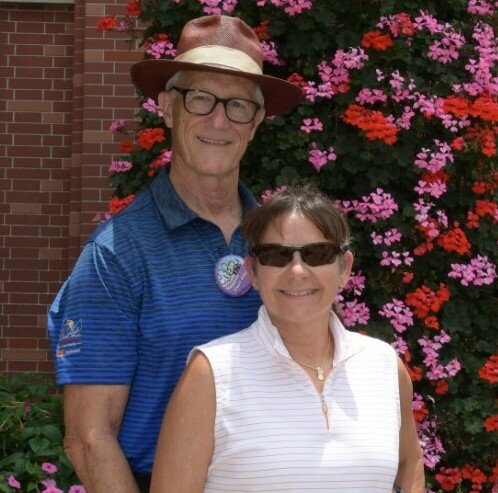 Dr. Sprawls received his master's degree from the Kent School of Social Work and his Medical Degree from the University of Louisville School of Medicine.  He was a Hematologist, Board-Certified Oncologist and a partner at the Space Coast Cancer Center.  After retiring, he worked for Hospice of Health First.  Duff loved being a physician and vowed to keep healing as long as he could.

Duff was dedicated to humanity.  He was an Eagle Scout and earned the God and Country Award.  He was the 2012 Central Florida Humanitarian of the year and co-founder of the Space Coast Cancer Foundation.  He contributed to innumerable civic and charitable activities.  He also participated in multiple medical missions to Haiti and Central America.

Duff was a member of Georgiana Church where he volunteered with youth programs.  He was a member of the Space Coast Freewheelers Bicycle Club.  In addition to cycling, he competed in triathlons and pickleball.  Duff loved adventures of all kinds. Accordingly, he traveled the world and enjoyed its wonders with his family.  He was a proud Grampy to his four grandchildren and continually causing Grammy mischief and discontent.

No one was a stranger to Duff, and he built innumerable deep, lasting friendships.  He was a character who loved joking and telling stories.  He will be dearly missed by all who knew him.

Duff is survived by family, friends and all the lives he touched.

In lieu of flowers, donations can be made to Hospice of Health First in Rockledge, Florida at:   https://hf.org/hospice/

Celebration of life is to be scheduled sometime mid-January.