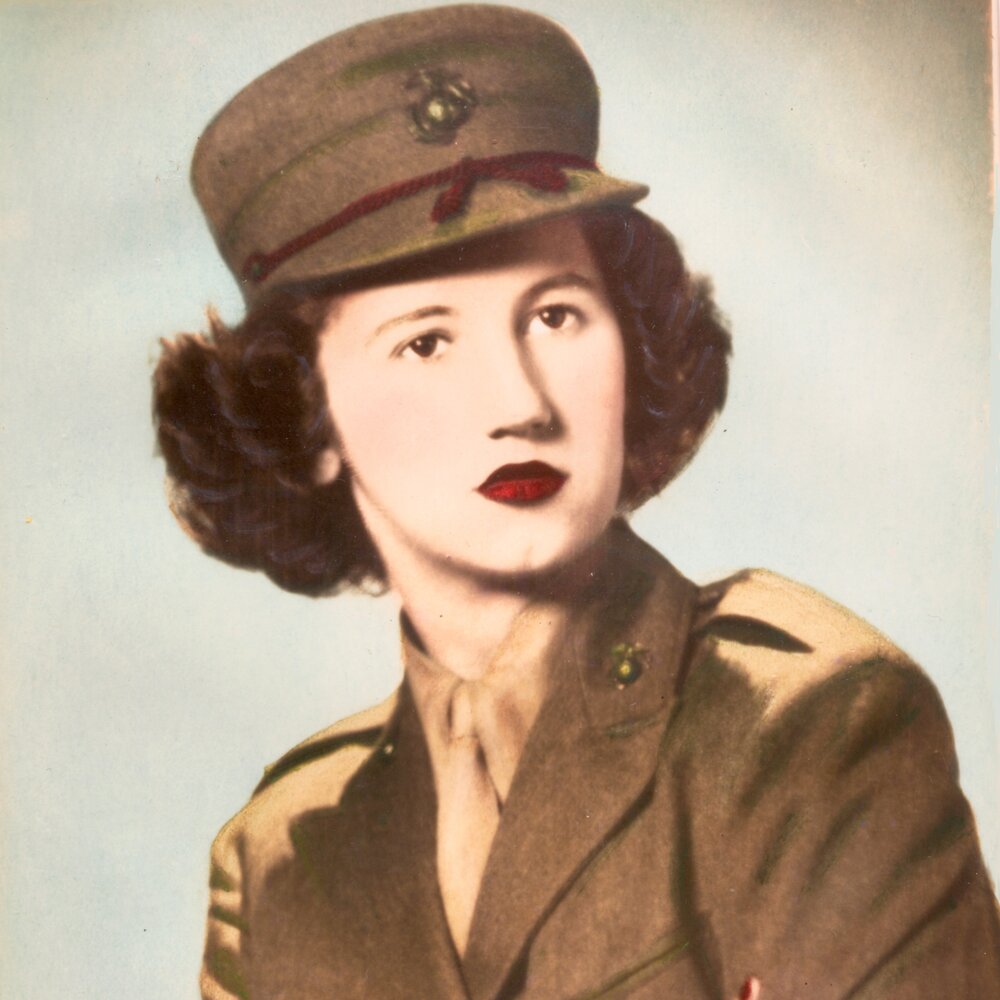 Mary Byrnes Bevan, a US Marine Corps World War II Veteran and resident of Melbourne, FL since 1988, died peacefully on 28 November 2021 with family at her bedside.

Mary was born on August 8, 1924 in Greenwich, CT to the late Thomas A. Byrnes of Queens, NY and Margaret Haugh of Tipperary, Ireland. Mary grew up in Manhattan and the Bronx, graduating from Walton High School in 1943. Not long after, Mary joined the Marines and was one of the first 19,000 women to serve in the Marine Corps during WWII. Mary met and married her husband John, also a Marine, and both left the service after the war.

Mary remained active during her retirement years as a member of the Women Marines Association Spacecoast Chapter FL_8 and as commandant of the Marine Corps League of Brevard County Detachment 513. Mary also did volunteer work at the VA clinic at Viera and worked at Stand-Down events in support of homeless vets.

As a devout member of Ascension Catholic Church, Mary donated her time volunteering at the school library and many years helping at Social Concerns charity. Mary also served as a Special Minister of the Eucharist. Mary is predeceased by her husband the late John J. Bevan of Scranton, PA who passed away in 1999.

The Bevan family would like to recognize the entire staff at Greenwood Place Assisted Living for the kind and loving care provided to Mary in her final days with special thanks to her aides Marie, June, Bree, and Director Cynthia. We are also grateful for the excellent hospice services provided by Vitas Healthcare and staff.

Funeral Mass will be held at Ascension Catholic Church at a later date to be determined. Mary's ashes will be interred at the Ascension Memorial Garden immediately following service.

In lieu of flowers for the funeral service, please consider a donation to a veteran or first responders cause that were such a big part of Mary's volunteer work; Tunnel to Towers Foundation (T2T.org) honors military and first responders or Marine Corps Scholarship Foundation (mcfs.org).

Share Your Memory of
Mary
Upload Your Memory View All Memories
Be the first to upload a memory!