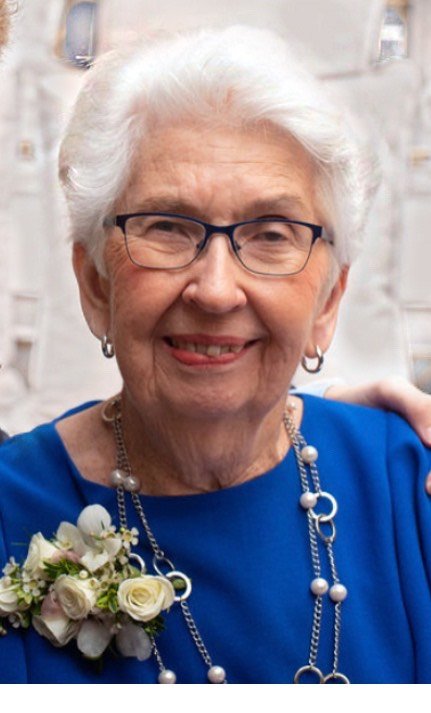 Born in Lynchburg, VA, she was the daughter of Edward and Emma “Grady” Steger.  After high school, Jane completed her

dream of becoming a nurse. She received her RN degree at Virginia Baptist Hospital. While working at Patrick Air Force Base, she earned her Nurse Practitioner degree from University of Miami specializing in family practice. She would go on to retire after more than 40 years of dedicated service.

In her retirement, Jane spent her time traveling the country and camping with her husband, Bill.

Jane was a longtime member of St. Mark’s Episcopal Church in Cocoa, FL. She enjoyed volunteering with the church as a Junior Warden and Altar Guild group leader, amongst many other roles. She will always be remembered as a selfless, caring, and giving soul.

A memorial service is scheduled at St Mark’s Episcopal Church on Saturday, August 14th at 2:00pm.

In lieu of flowers, the family would appreciate donations made on behalf of Jane Perdue sent to St Mark’s Episcopal Church, 4 Church St., Cocoa, FL, 32922.