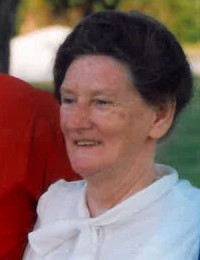 Georgia was a Spirit filled believer in Jesus and was a faithful minister’s wife.  Throughout her years in ministry alongside her husband, she enjoyed serving in every way she could in the various churches that he pastored. They sang specials in church that blessed many people.  One of their favorites was “Hold to God’s Unchanging Hand”. She used her gift of writing to write and direct several plays for the children in church over the years. She held weekly Bible studies and women’s prayer meetings and mentored so many people, always willing to step into the roll as their spiritual mother. All her hard work and dedication in the church was strengthened through her dedicated prayer life, as she was known for being a faithful prayer warrior. She enjoyed being a member of Living Waters Church of God Mt. Assembly in Melbourne, Florida in her last years continuing to serve with weekly Ladies Bible studies and mentoring people in the congregation. Though her health faded her love and passion for serving the Lord remained as strong as ever; she always wanted people to know the power of God and was in the process of writing a book about the miracles she witnessed firsthand throughout her own life to reach all who read it.  As witnessed by her son Kenny, just prior to her death, she raised both hands, as a toddler would reach out to its parents to be picked up.  She then soon after was received into the presence of God.

There will be a viewing from 10-11 am on Saturday, July 24th at Living Waters Church of God in Melbourne, followed by a service from 11am - 12:30pm. She will be laid to rest at Fountainhead Memorial Park in Palm Bay on Saturday afternoon at 3pm.