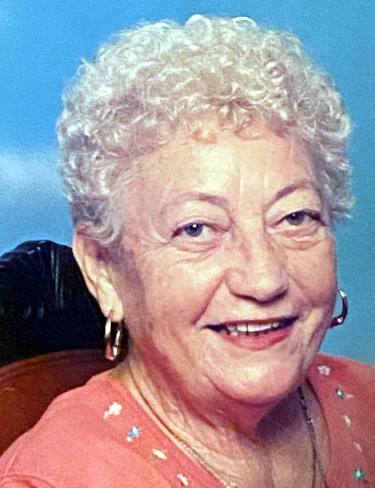 Hildegard Mara was born on February 4th, 1927.  She was born in Kaiserslautern, Germany, her mother was Margareta Geiger.  She had one older brother, Arthur (deceased). She spent her childhood surviving the War in Germany. In 1950, she married Charles W. Mara, a U.S. soldier in the American Army. They met in Germany at the end of World War II. After they met, their paths guided them to continue serving America, raise children, and eventually move to the United States. Before moving to America, she ran a USA Army daycare in Nuremburg, Germany. Hildegard and Charles had three children, Harry, Barbara, and Patricia. In 1953, Hildegard became an American citizen in Tacoma, Washington. The family was stationed in Europe until 1973, when Hildegard and Charles built a home in Florida. Hildegard studied at Brevard Community College and gained her Associates of Arts Degree.  She volunteered and helped run the VFW where her husband was an active member. In 1976, Hildegard’s husband passed away.

However, her passion for life did not stop there, as she would become a homemaker. She spent her daily life caring, nurturing and helping raise her grandchildren throughout the years. Hildegard’s spirit spent the last 40 years on Earth with children, love, laughter and extensive travelling with her daughter, Barbara. She passed away at the age of 93.

Hildegard is preceded in death by her late Husband Charles Mara, her son Harry Mara, her brother Arthur Geiger, and countless friends.

Her strong-willed spirit will live on in the lives of her family and will be forever cherished.  She is survived by her loving daughters, Barbara Mara and Patricia Redding, her son-in-law, Frank Redding and her daughter-in-law Cheryl Mara. She is also survived by her grandchildren:  Tobias Goetz, Jimmy (Kelly) Mara, Kimberly Mara (Ken), Hope (Jason) Touchton, Barbara (Kirk) McIsaac, Charles (Laurella) Redding, Gator Redding.  She was also blessed with great- grandchildren, Samantha, Brandon, Savannah, Sidney, Owen, Oliver, Leonardo, Karsyn, Collin, and Wes.

Hilda is survived by many of her German family to include her beloved Tobi.  She loved them dearly and consistently visited and demonstrated the importance of family and country.

A special thanks to all those who helped her spirit pass so gently at Zon Beachside and all the Vitas Hospice Care Team.

A funeral service will be held on January 13th, 2021 at 10:30 am. Given the current state of the pandemic live streaming will be available.

To send flowers to the family or plant a tree in memory of Hildegard Mara, please visit Tribute Store