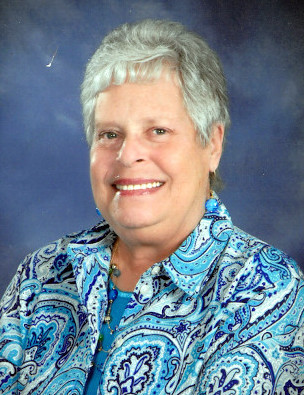 Mary Elizabeth Britton, age 76 of Melbourne Florida passed away on December 21, 2020 after a 12-day fight following a massive stroke.  She was born on September 1, 1944 in Canastota, New York and proudly raised by her grandmother. Mary attended Canastota High School where she enjoyed cheerleading and working as a "Soda Jerk" at a local pharmacy.

Mary later married Thomas Edward Britton the summer of 1965 in their hometown of Canastota. Shortly after the birth of three boys, the family moved to Japan where Mary's husband was stationed for 5 years. After two other PCS’s to Mountain Home, Idaho & Albuquerque, New Mexico and 22 years of service in the United States Air Force.  Mary, Thomas & Family moved to Long Island, New York where Mary's husband started his career with Northrop Grumman.

Following the birth of Mary's only granddaughter, Mary & Thomas moved to Melbourne, Florida in 1995 where her husband continued to work for Northrop Grumman and Mary decided to return to school at age 52. Mary received her degree with honors in Nursing at the Melbourne Campus of Keiser University. Mary began her nursing career as a Registered Nursing Assistant (RNA) at Health First Medical Group (Formally MIMA). After nearly 15 years in the nursing field, Mary retired. After retirement, Mary spent many Sundays singing in the choir at St. Joseph's Catholic Church.

Mary was preceded in death by her son, Mark Britton and loving husband Thomas Edward Britton.

A viewing and gathering of family and friends will be from 5-7pm on Saturday, December 26th at Ammen Family Cremation and Funeral Care, 1001 Hickory St. in Melbourne.

A funeral service will be held at 2pm on Sunday, December 27th at St. Joseph's Catholic Church, 5330 Babcock St., NE in Palm Bay.  A Live stream of the Funeral Service will be available on the Mary Britton Memorial Page on Facebook.

In lieu of flowers, the family request donations in remembrance of Mary be made to the Melbourne Vet Center (For Veterans) 2098 Sarno Road, Melbourne, FL 32935.

To send flowers to the family or plant a tree in memory of Mary Britton, please visit Tribute Store
Saturday
26
December