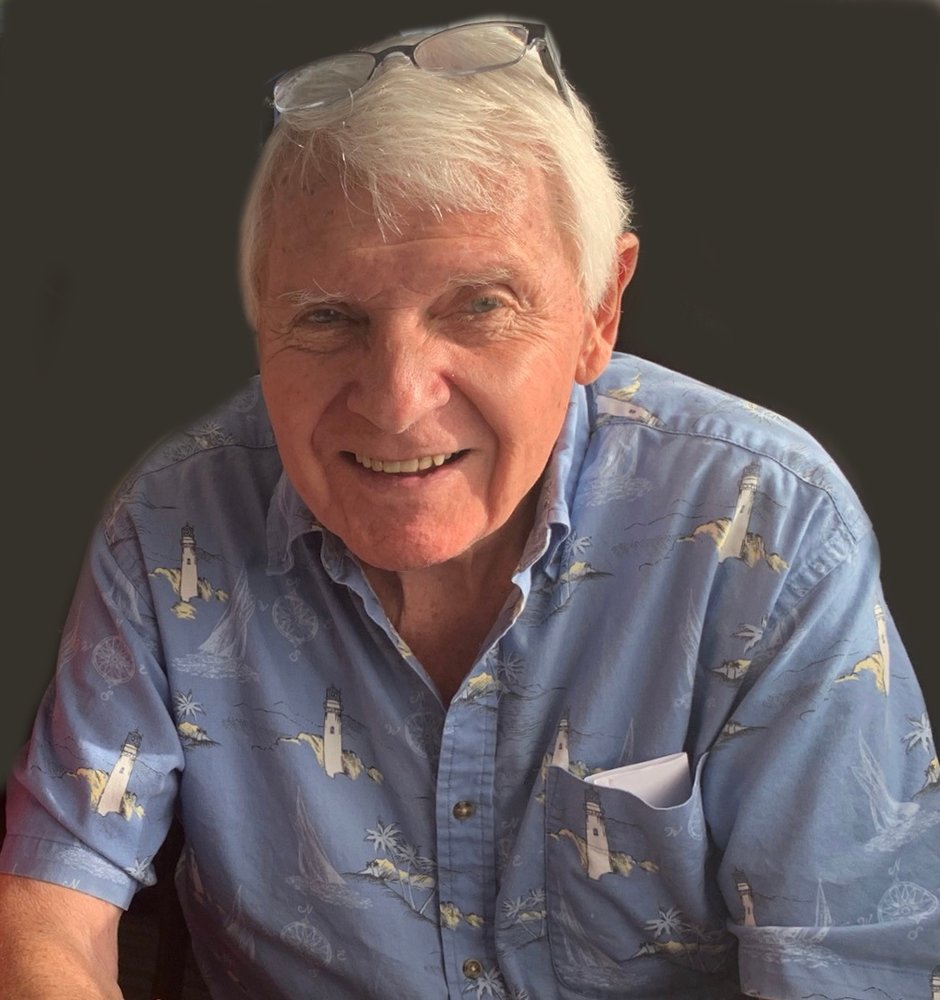 On December 13, 2020, Earl passed peacefully in his sleep after a year of declining health. His beloved departed wife Barbara, his daughter Gwendolyn (Wendy) Pinnix, his parents and brothers Joe and Paul welcomed him to heaven.

Earl was born on February 21, 1935 in Washington DC.  He was the first of three sons born to Earl Gill and Louise Metzker.

He spent his youth fishing, often leaving the extra worms in his trouser pockets for his mom to find.  Earl attended Catholic University and pursued a degree in Engineering.  It was during his freshman year that he met Dolores Gill.  After college, Earl and Dolores married and were blessed with eight children.  Although he had seven daughters, he often referred to them as ‘men’ or ‘troops’.   He introduced his family to his favorite past-times: cycling and antique cars.  He was very active in the Baltimore Bicycling Club, serving as president and forming many friendships.   A special treat was to be the chosen child woken up early on a Saturday morning to join him on a 50-mile plus bike ride!  As the children grew, so did the number of cars in the driveway.  He took pride in purchasing used cars and ‘fixing’ them.  He would often find car and train museums for his family to visit.  Although he and Dolores would eventually divorce, he maintained a great respect for her.

His children fondly remember lining up for oysters that he would shuck, dip in cocktail sauce and deposit into an open mouth.  He would continue until the line disappeared.   He always had a sense of humor, sprinkled with some seriousness.  When his oldest daughter announced her engagement, he jokingly offered $500 and a ladder for her to elope.  Of course, after the pure enjoyment of her wedding, he insisted that all of the children would have weddings and receptions.

In the late 80s, Earl began his love for the open water and pursued sailing lessons.  He married Barbara Malone and they spent many years sailing in the British Virgin Islands on their 42-foot sailboat.  In the summers, they would travel to England and navigate the canals on their long boat Anne.  They especially enjoyed having their children visit.  He even joked that some should consider employment as moor maidens!  Eventually, Earl and Barbara would settle in Melbourne Beach, Florida.  After a hurricane destroyed their sailboat, they purchased a twin catamaran, which they named Chat D’Eau (Water Cat).

Earl will forever be remembered for his ability to fix anything, enjoying a good Gin & Tonic, and eating breakfast at The Blueberry Muffin in Melbourne Beach.

The family would like to express their appreciation for the wonderful care at Palm Springs Memory Care and Vista Hospice.

Share Your Memory of
Earl Francis
Upload Your Memory View All Memories
Be the first to upload a memory!