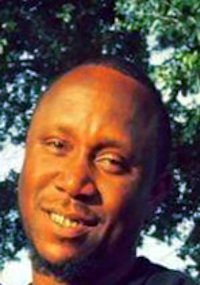 Leron was born on November 18, 1975 to Jerry and Emma Cloud in Melbourne, Florida.

He was preceded in death by his father Jerry Cloud and his children's mother Angela Blow.

He is survived by his son, Laron Cloud and his daughter, Laronda Cloud.  One grandson Kae'dyn Cloud.  His mother Emma Cloud. One sister Andrea (Fred) Cloud and two brothers Jerry (Nakebia) Cloud and Reggie (Dorothy) Cloud. And a host of nieces, nephews, aunts, uncles, cousins, and friends.

Leron's infectious smile and playful nature will never be forgotten. His sister affectionately called him Lyron Herma and told him he was PeeWee Herman's brother because he was so goofy. He had a big presence and was not afraid to love. Kids were his weakness. He loved tight hugs and telling the girls how pretty they were and wrestling with the boys.

Lemon Head as he was nicknamed may be absent from sight but will forever live in our hearts. Every memory is ours to keep. Rest well and we love you.

A viewing and service will be held on Saturday September 12, 2020 from 11am-1p at Ammen Family Cremation and Funeral Care, Melbourne, Fl 32901.

To send flowers to the family or plant a tree in memory of Leron Cloud, please visit Tribute Store
Print
Share A Memory
Send Flowers