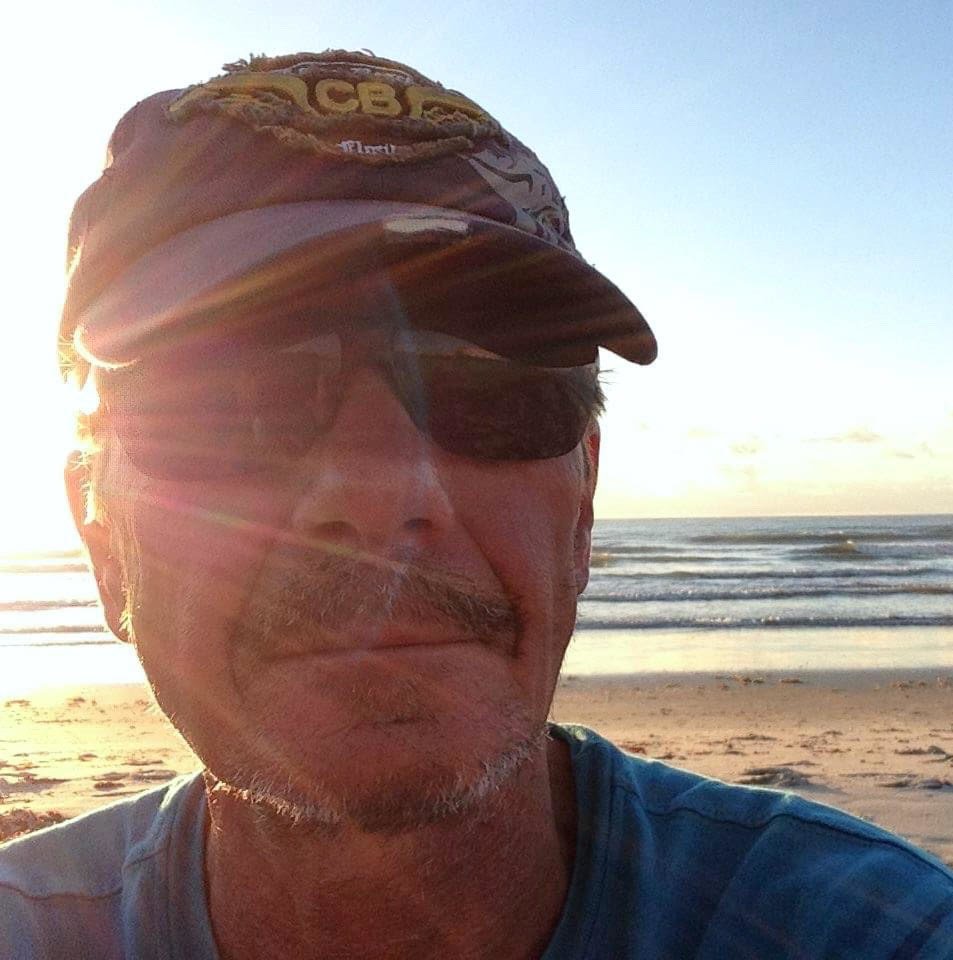 James was born on July 21, 1958 in Indianapolis to James Gale Morrow Sr. and Mildred Margaret Morrow (Fonseth). He grew up in Greenwood, attended Greenwood Schools, where he enlisted in the U.S. Army at age 17. James made a living as a tool and die maker, specializing in CNC machining, at various machine shops in Johnson and surrounding counties (retired).

James was a very Christian man and enjoyed reading his bible daily. His dream was always to live in Florida and that is where he happily spent his final days. It was his personal paradise. He loved spending time at Cocoa Beach, watching rockets launch at Cape Canaveral, sitting by the Indian River, metal detecting and playing guitar. He also had 3 grandchildren that he absolutely adored: Charlie, Adam and Arielle.

James is preceded in death by his daughter, Candice Anastasia Cranfill and sister, Jan Baker.

James will be cremated in Rockledge, Florida. His final resting place will be at Marion National Cemetery in Marion, Indiana. Any formal services are still to be determined.

James' memory will live on forever in our hearts as he is now in his eternal paradise with his Creator.

"And do not be conformed to this world, but be transformed by the renewing of your mind, that you may prove what is good and acceptable and perfect will of God." Romans 12:2

“As it was, then again it will be; though the course may change sometimes, rivers always lead to the sea.”

To send flowers to the family or plant a tree in memory of James Morrow, Jr., please visit Tribute Store
Print
Share A Memory
Send Flowers