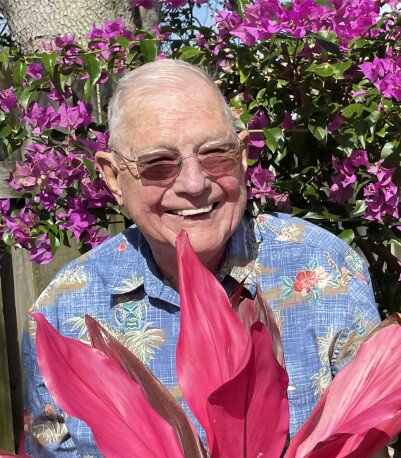 Richard Royer Manahan, 89, a resident of Merritt Island Florida, died January 6, 2023, in Rockledge Florida. Dick was a retired military officer with 22 years of service in the Engineer Branch of the US Army, a Vietnam veteran, and a retired Utilities Engineer for the City of Wichita Falls Texas. Born in Waynesboro Pennsylvania, Dick graduated from West Point in 1957 and subsequently earned a Master's in Civil Engineering from Ohio State in 1963. Dick is survived by his wife Diane Weeks Manahan whom he married in 1966; sons Bill Manahan (Meera) and KamManahan; former daughter-in-law Emily O'Brien, brothers Ron Manahan (Judy) and TimManahan (Sandy); and cousins, nieces and a nephew. Grandchildren surviving him are Exie, Mary, and Henry Manahan. He was predeceased by his daughter Karen Manahan and his parents William T Manahan and Elizabeth West Manahan.

For many years after retirement, Dick was a volunteer docent at the Air Force Space & Missile Museum. He was an avid daily surf fisherman, a fishing rod craftsman, an amateur photographer, HAM radio and teletype operator, a car mechanic and appliance whiz, a puzzle solver and tinkerer who built an early kit computer in 1978, a constant corny jokester, the family genealogist, and so much more. He was generous and always ready to lend a hand without being asked. He loved to repair and restore discarded items and find where to donate them. Dick was forever inquisitive, and an unabashedly unique individual who lived life to the fullest. He was active to the end, climbing ladders, riding his bike, and sharing coffee with fishing buddies in the final week of his life. Dick’s memorial service in Merritt Island and interment at West Point NY will be held this summer.

Share Your Memory of
Richard Royer
Upload Your Memory View All Memories
Be the first to upload a memory!
Share A Memory