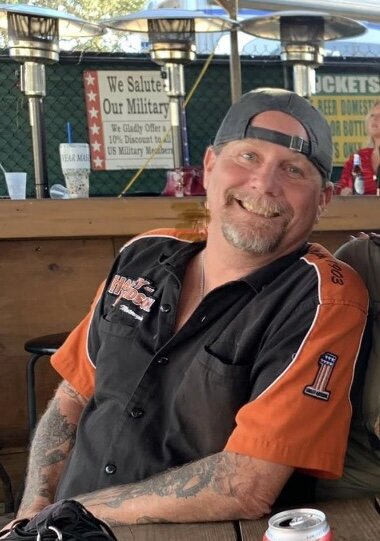 The silence seems so loud as we announce the unexpected passing of Ronald C Porter, 55, of Sebastian, FL, on December 5th, 2022.

After all these years he never stopped doing things that made him feel alive like riding by the water on his Harley Davidson motorcycle. He enjoyed the outdoors and the activities they provided to him such as hunting, shooting archery, boating, camping, and fishing with his friends and family, family such as pre-deceased father, Ronald Paul Porter, and little sister, Lorie Ann Porter.

Ron spent most of his life residing in the place he called home, Pennsylvania, where he was born on April 25th, 1967. Pennsylvania is also where he raised his daughter, Taylor Porter, 22. They later relocated to Sebastian, Florida, where he was proud to see her graduate and walk the stage on his birthday. He passed on his exceptional life safety skills that earned him a living, in the fire sprinkler protection industry, to his daughter. He was the superintendent of 1st Fire and Security, where the two were employed simultaneously. Ron found joy in every moment the two were learning new things together. His memory will never fade to black. A celebration of life will be held at a later date. Contact his family for more details in regard to his service.

Share Your Memory of
Ronald C.
Upload Your Memory View All Memories
Be the first to upload a memory!
Share A Memory