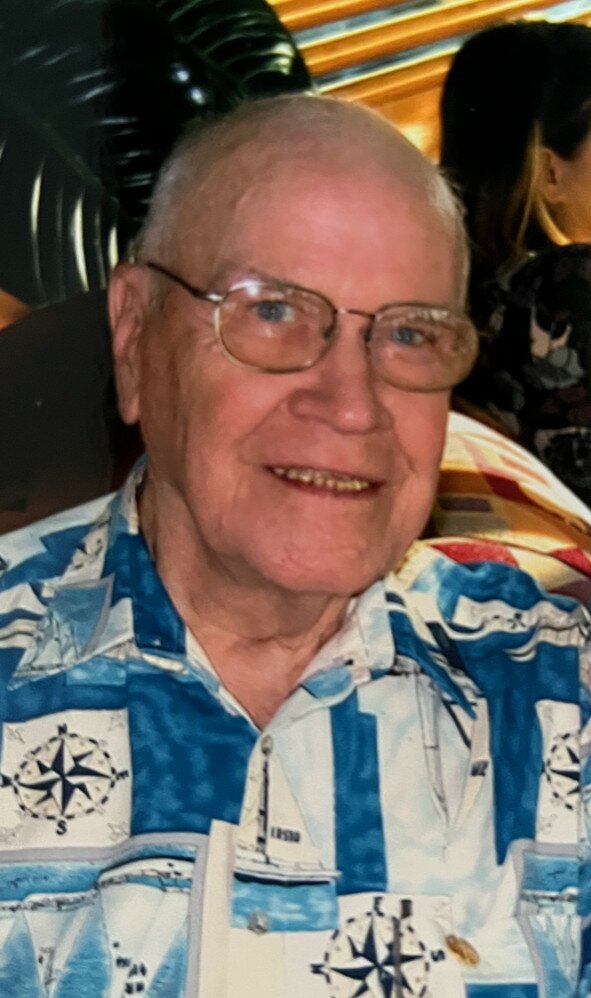 Dorsey Dean, 95, of Merritt Island (originally from Akron, Ohio) passed away peacefully at home on November 28, 2022. He was an accomplished man, serving in the United States Navy during World War II and becoming involved with the space industry from 1958 until his retirement in 1989. He loved swimming, competing successfully in triathlons with his son Rick Sr. and his grandson Jeff. He was an excellent example to his family, always pushing himself and his children to be the best they could be in school, sports, scouting, theatre and other endeavors. He always had a smile for everyone he encountered; he will be missed by everyone who knew him.

The night he and Marian met, they talked for hours. When he got home, he called all the girls he had been dating and said, "I'm sorry but I can't see you anymore. I've just met the woman I'm going to marry." Three nights later, he proposed; he was enthusiastically accepted. Seven months later, they were married. Dorsey and Marian had four children, six grandchildren, and six great-grandchildren. They discovered their love of cruises, going on fifty ocean adventures during their retirement years. With an avid interest in aviation, Dorsey bought a 1956 Cessna 172 airplane with his son Rick: they both earned their pilot's licenses in that old plane.

His immediate family will have a private memorial service for him in February.

Share Your Memory of
Dorsey
Upload Your Memory View All Memories
Be the first to upload a memory!
Share A Memory