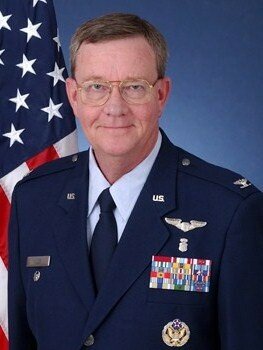 Steve enlisted in the United States Air Force in 1977, he left the Air Force briefly to attend medical school at Nova Southeastern University where he received his degree of Doctor of Osteopathic Medicine in 1988.

Steve reentered the Air Force as an officer and served for another 25 years. He practiced family medicine at numerous healthcare facilities throughout the Air Force and held multiple command roles. He was staff physician to the CENTCOM Commander headquartered at MacDill AFB in Tampa, FL. He spent a year in Washington DC where he attended National War College. He was Deputy Commander of the 45th Medical Group at Patrick AFB, FL and Commander of the 20th Medical Group at Shaw AFB, SC. He was Deputy Wing Commander of the 59th Medical Wing, Wilford Hall at Lackland AFB, TX. His final assignment was Command Surgeon of Air Force Material Command, at Wright-Patterson AFB, near Dayton, OH.

He retired from the Air Force in 2013 as Colonel. After several assignments on the space coast of Florida, Steve and his wife ultimately chose to spend their retirement years in the Melbourne area.