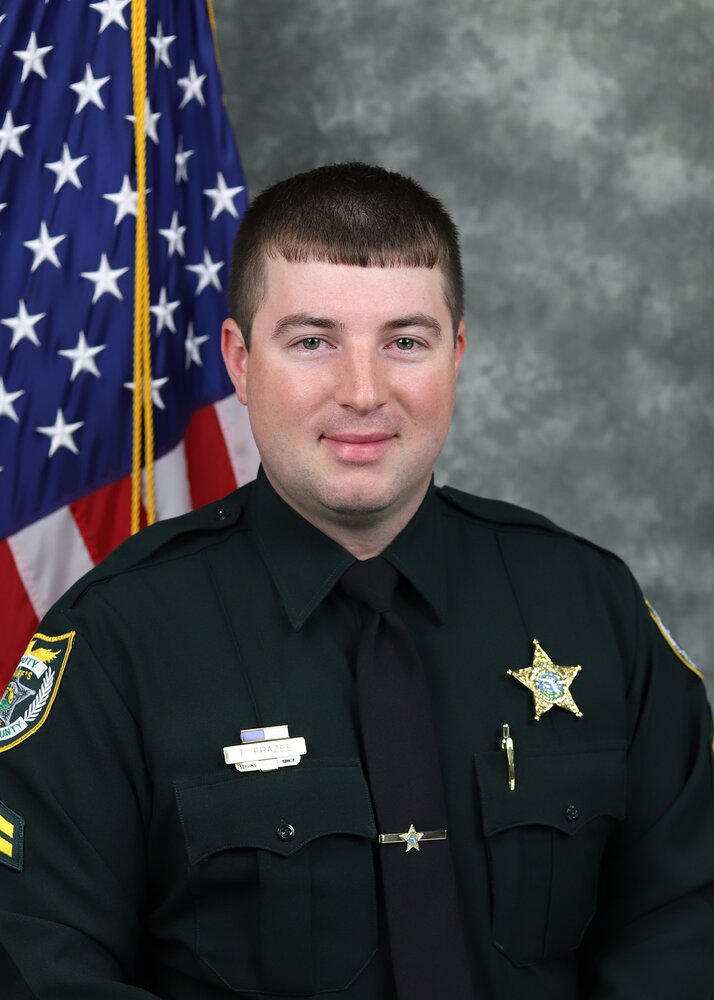 Tyler Gordon Frazee, 32, of Palm Bay, Florida, died unexpectedly on Wednesday, December 14, 2022, at the Orlando Regional Medical Center. By his side was his wife, Andrea Frazee.

For the last six years, Tyler Frazee served as a corrections deputy within the Brevard County Sheriff’s office. Most recently he was promoted to Corporal within the Facilities Maintenance Unit. He successfully graduated from the academy in 2017 and began his service shortly after. Prior to entering the academy, he attended both Iowa State University and Hawkeye Community College earning a Criminal Justice degree. Tyler graduated from Waverly-Shell Rock High School as a member of the Class of 2009 with honors.

In 2012, Tyler moved to Florida to work for Disney. His love of Disney not only translated to working there but visiting the parks and being an avid Disney cruiser, where he earned his Platinum Castaway Club member status.

Andrea and Tyler were united in marriage on September 12, 2015. In addition to spending time with his beloved family, he enjoyed traveling, supporting the St. Louis Cardinals, and the Miami Dolphins. Another one of Tyler’s passions was going to numerous professional golf tournaments with the objective to collect autographs. He was also an avid collector of many things including Indiana Jones memorabilia, Miami Dolphins memorabilia, and shoes, specifically Jordans.

Tyler was honored to be in the BCSO (Brevard County Sheriff’s Office) family. He will forever be remembered as the hardest working person, the family photographer, his bright smile, and caring demeanor.

Share Your Memory of
Corporal Tyler
Upload Your Memory View All Memories
Be the first to upload a memory!
Share A Memory