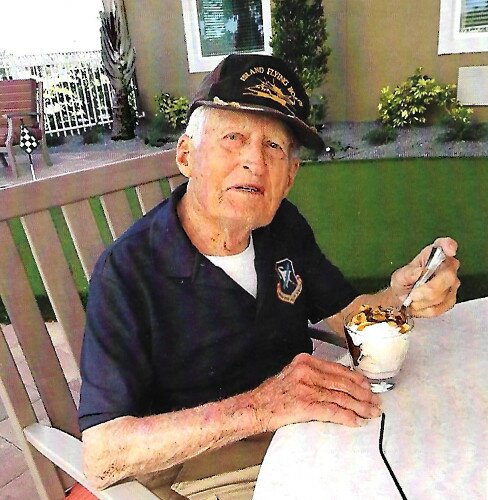 Chuck joined the Navy in 1943 and the Air Force in 1950 and while serving in the 301st ARRS out of Homestead Air Force Base, flew air-sea rescue missions with the Grumman HU-16 Albatross accumulating 7800 hours by the time he retired in 1974. On July 4th, 1973 he flew the last Air Force Albatross “Chucks Challenge”, named after him, to an altitude record of 32,883 feet. He delivered that airplane to the Air Force National Museum in Dayton, Ohio where it is still on display. After retiring from the military, he continued to fly, delivering planes all over the world for Grumman and private owners. It was always about his love for flying and never skipped an opportunity. Chuck was a charter member of the Suntree Rotary Club, dating back to its formation in 1985. He was instrumental in building Suntree Rotary Park, named a Paul Harris Fellow and honorary member culminating in a Lifetime Achievement Award.