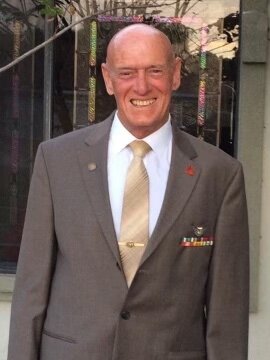 At his request, no service will be held. A celebration of life will take place at a later date.

Born in 1946 in Akron, Ohio to Robert Crim Berry and Eleanor Lucille Berry (nee Woodard), he graduated from Buchtel High and studied for a year-and-a-half at Akron University where he was a member of Phi Delta Theta before volunteering for military service. Bob was a proud sergeant in the Marine Corps, and served his country during the Vietnam War. Later in life, he completed certification as a pharmacy technician. He married Patricia Kay Vincent on July 1, 1978 and their family moved to Iowa in 1984. They had three children together, and divorced in 1997. After retiring from Genesis FirstMed Pharmacy, he spent winters in Florida with his sisters.

Bob was an avid learner and adventurous eater. He was always interested in trying new things. He had many hobbies over the years, including cross stitch, bread baking, canning, gardening, and learning Spanish until the day he died. He was an avid motorcyclist for years and a proud member of GWRRA Chapter O. In his retirement, he fell in love with bicycles, riding his first century at age 69. The year he turned 70 he rode nearly 8,000 miles. He shared this love with his family and many friends he made along the way, including the guys in the Tour de Farce group.

He supported his friends and family in everything they did, often sporting t-shirts, coffee mugs and other items emblazoned with logos of their places of work or personal interests. He was a devoted “Papa” and enjoyed “baby whispering” whenever he got the chance.

In lieu of flowers, donations can be made to Hope For The Warriors at hopeforthewarriors.org.