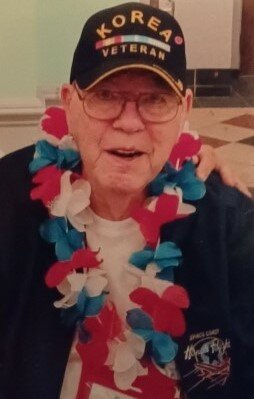 He was born April 3, 1931 in Painesville, Ohio to Everett and Betty Ledford.

He lived a long and productive life. He was an Air Force POW during the Korean War and loved going on Honor Flights. He recently went with his grandson, John Harvey, and both enjoyed their time together. Donald has left behind many family members and friends both in Florida and Ohio. He was always smiling and full of life, talking to anyone who gave him the time.

Donald is now back with his wife Vera whom he wanted to see again. He has gained his angel wings and his souls is now at peace and free of pain. He will be missed by his friends and neighbors at Space Coast RV Park and his bingo companions who he loved to play with weekly. He touched many lives with his presence.

A Memorial Service With Air Force Honors will take place at Cape Canaveral National Cemetery in Mims, Florida to honor Donald E. Ledford for his service in the Korean War. God bless him and all of the medals he received while he served.