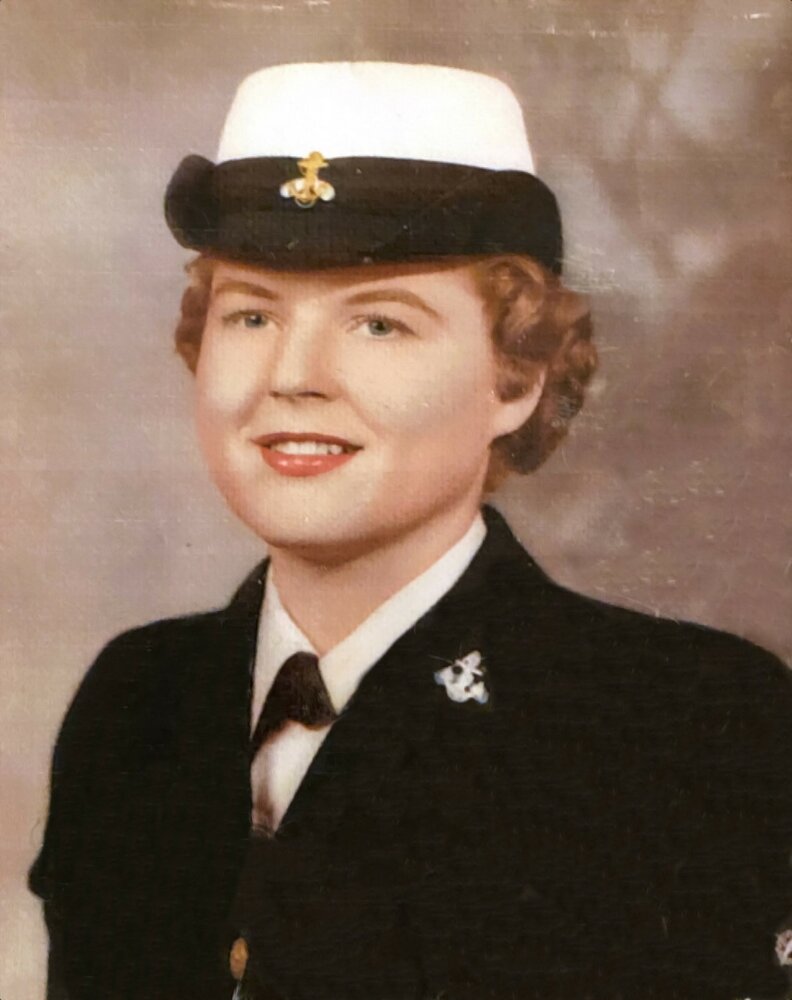 She graduated from Landon High School, class of 1953, and Charles County Community College in 1973. She served in the US Navy as a Wave in the 50’s, but took on a new service role as the wife of Lt. Buford E. Latham. Her duties included being a single-parent while husband was away in Vietnam, organizing family moves to Charleston, SC; Indian Head, MD; Napoli, Italy; and Virginia Beach, VA.

She and her two sisters were raised during the height of the depression and World War II. The beginning of her childhood was almost like a dream, with her family attending gatherings at the White House. Eleanor Roosevelt actually attended one of her birthday parties. But that ended abruptly when her father died unexpectedly of a heart attack. When times were tough during the war, she and her sisters were sent to work on a small family farm in Maryland just to make sure they would always have enough food to eat. After her mother remarried and times were better, she attended High School in Jacksonville, FL. She loved art, math, and was a saxophone player in the marching band.

Her professional career includes being a COBOL programmer for the Department of Defense at the Jacksonville Naval Air Station, a motion picture delivery person for Paramount Pictures and a successful Real Estate Agent in the 1970s. But none of those were as important to her as raising her two sons or her love for her grandchildren.

She was a formidable chess opponent, which is what made her mental decline due to dementia and Altzheimers all the more painful. She loved music in general and tried to pass that down to her children. She (according to her) was at the legendary Gator Bowl performance by Elvis Presley when he was arrested for wiggling all the wrong ways. And after the Beatles took America by storm, one Christmas she gave one son a drum set and the other an electric guitar. That band never panned out. She put a jukebox in the house in Maryland and would start a long selection of songs while cooking and cleaning. She loved cooking for her family and catering parties for the Naval officers and their wives.

She studied art and art history at college in Maryland and enjoyed painting. While stationed in Italy, she had the opportunity to travel throughout Europe and see first hand the art she studied. If the mood struck her on a weekend, she was known to just grab her sons by the hand and be off to Rome for more museums and churches. The front desk clerk at the Hotel Bramante knew her by name.

If you asked her what she was most proud of, she would say her husband, family and carrot cake recipe.  She passed on her secret recipe and a love for baking to her youngest son.  She was proud of her eldest son’s sports achievement as a track athlete and her four fabulous grandchildren.

A interment service will be held at 10:30 am Tuesday, November 8th at Cape Canaveral National Cemetery 5525 US Highway 1 North, Mims, Florida 32754.

Share Your Memory of
Joan
Upload Your Memory View All Memories
Be the first to upload a memory!
Share A Memory