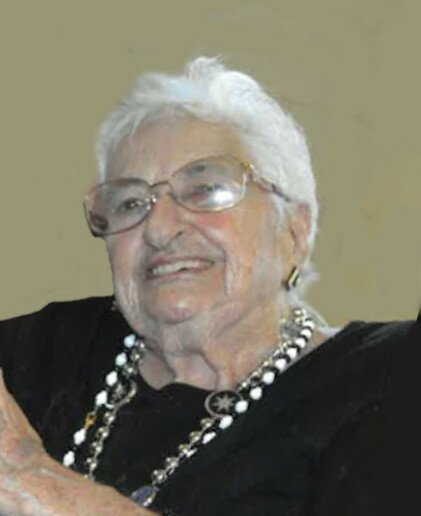 She is preceded in death by her husband Angelo Vitale, and sister Stella McParland, and her parents Philip and Edna (Goullaud) Santoro.

She resided in Medford Massachusetts most of her life and her later years in Florida.

She enjoyed playing Bingo, and cards, sometimes changing the rules of the game, when in her favor, and being with her family.

In lieu of flowers please donate to St. Jude Hospital.

Share Your Memory of
Mary E.
Upload Your Memory View All Memories
Be the first to upload a memory!
Share A Memory