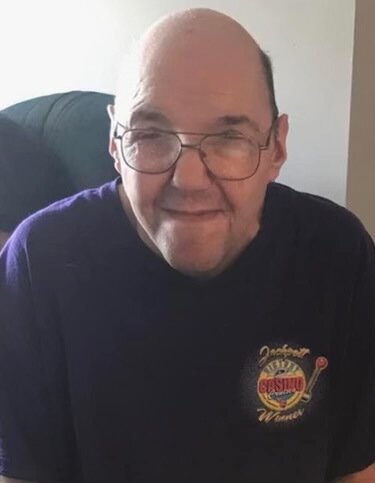 Rino was well known in Medford having lived there for 60 years, Everyone who met Rino loved him. In his early years, he never missed a Medford High School football game, most times traveling on the bus with the team. He spent a lot of his time at the various Dunkin Donuts around the city and most nights either at World Gym or at Good Times Emporium at Assembly Square in Somerville. He was an avid wrestling fan and often was invited ringside by the likes of Hulk Hogan and Randy Savage. He loved to sing and often sang “New York, New York” by Frank Sinatra or an Elvis song at karaoke.

In his youth, he was involved in Project Triangle which taught him many life skills, and was involved in the Medford Kiwanis Club and Special Olympics traveling to Louisiana to compete.

In his later years, he spent most of his time hanging in Medford Square at Donuts with a Difference drinking coffee or Devlin’s Smoke Shop playing Keno.

Anyone who knew Rino has heard the line he’s famous for “you got a couple bucks?” He never wanted to break the $20 bill he had in his pocket.

Arrangements are being made by Ammen Family Cremation and Funeral Care in Palm Bay, Florida.

A private celebration of life will be held at a later date.

Donations can be made in Rino’s name to:

Or donate online at triangle-inc.org/donate

Share Your Memory of
Rino M.
Upload Your Memory View All Memories
Be the first to upload a memory!
Share A Memory