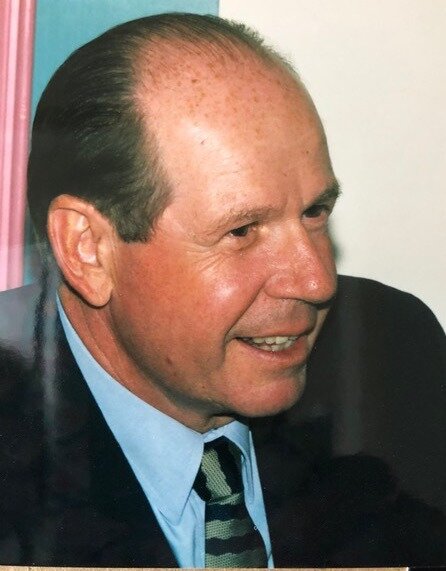 Graduate of Rutgers, served his country as Lieutenant Commander in the Navy from 1965-1976.

Bill had an innovative game plan in 1989 to start a medical sales company with 17 loyal friends and that idea came to fruition in 1990. He single handedly changed the direction of many a career with his courage and vision to create the first national manufacturer rep company in the healthcare industry. Professional Health Sales was born and became very successful and lasted through 30 years. That same year he met and fell in love with the love of his life, Pat. They worked hard, played golf hard, and had the desire to win at life. Their similar loves was partnered with devotion to each other.

A finer, earthly man was never born, selfless and humble. An amazing husband, a father who taught through example and an unwavering loyal friend. Even though Bill was a man of few words, he had a glib sense of humor and great one line zingers. His CFO, Gerri Loughran, called him the "Pied Piper". For some, he was "Simply the Best", I believe his success was people knew, in their hearts, his deep sincerity.

There was nothing pretentious about this man. PHS gave BIll and Pat the honeymoon of a lifetime; Scotland and Ireland, 2 wonderful weeks of golf. Bill was definitely a giver and never liked any attention on himself. He often spoke of his dear friends with PHS with fondness and a smile. He reveled in his time with them whether it was having a beer and a smoke or playing a golf marathon. At one point he had a full-time job, golf at noon and gin at 4:30. Matching cards for skins games. His twinkling eyes and brilliant smile will be sorely missed in the hearts of all he knew.

He served at the churches over the years with his wife Pat. They belonged to churches from Washington Crossing, PA., Hilton Head Island, SC., Bluffton, SC., Palm Coast, FL., and W. Melbourne, FL. They also belonged to amazing golf clubs; Spring Mill, Palmetto Hall and Belfair CC, Hammock Beach and HammockDunes. Where he gained friendships that have lasted a lifetime.

Yes, he was a man's man, like Gerri said, a "Pied Piper". A man of deep faith because he lived by his faith. He brough success to all he touched without effort, with just a strong and abiding care for others.

In lieu of flowers, please consider a donation to lung cancer research, lcrf.org.

Share Your Memory of
William
Upload Your Memory View All Memories
Be the first to upload a memory!
Share A Memory