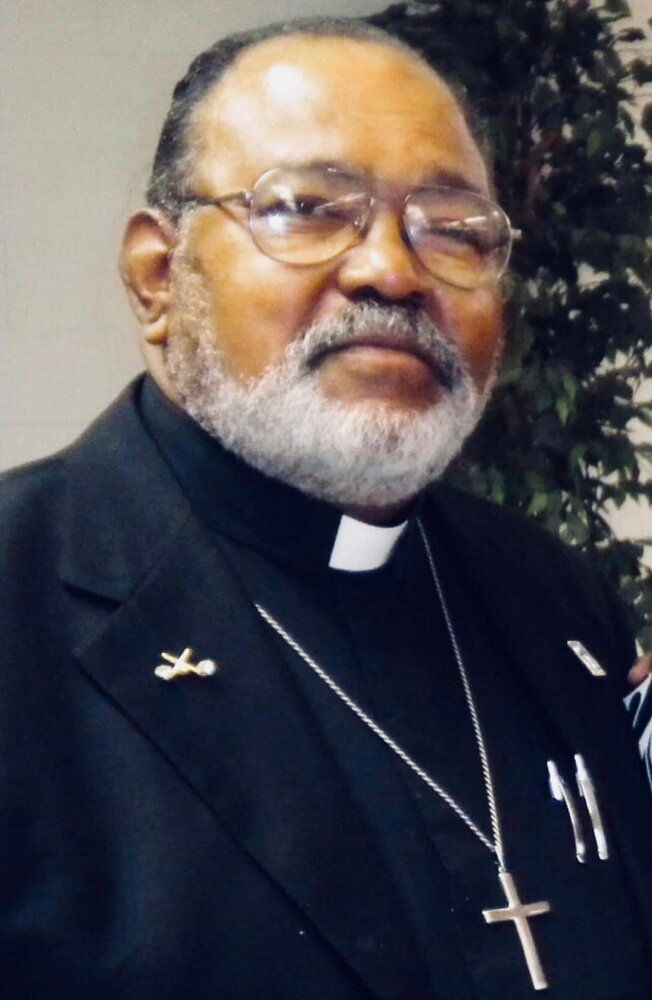 Pastor Randolph Boone, 76, of Palm Bay, Florida, passed away on September 20, 2022. Born on February 20, 1946, to Lula Boone and James Everett. He was a proud member of the Haliwa-Saponi Native American Tribe of North Carolina.

Randolph joined the Army on May 4, 1964, and traveled worldwide while in the military. He served a tour of duty in Vietnam from 1966-1967. His extensive travel took him to places like Thule, Greenland, Okinawa, Japan, Giessen and Frankfurt, Germany, as well as numerous bases across the United States, where he worked in church administration and with youth outreach programs which helped shape his love for mentoring and serving those in need. He accepted Jesus Christ as his personal Savior in 1972 and served Him faithfully for 50 years. In 1982, together with five families in the Denver Colorado area, he and Bertha founded Berean Bible Church, which is still in existence today. His life verse was Proverbs 3:5-6 which says "Trust in the Lord with all of your heart and do not lean on your own understandings; but in all of your ways acknowledge Him, and He will direct your paths."

Randolph eventually retired as a Sergeant First Class from the US Army in 1984 and joined Young Life Youth Ministries. After relocating to Jacksonville Florida, he and his family settled in Clearwater Florida where he served as Area Director. It was through this ministry that he made an enormous impact upon the lives of families and youth in the North Greenwood Area and beyond. Randolph’s loving heart and charismatic personality was an ever-present salve in the lives of those he worked with. He was often looked upon as a father-figure for the youth that he served and made a lasting impact on their lives for Jesus. He spent many hours raising funds to take kids on college tours and trips to camp in Windy Gap, North Carolina and Kids Across America in Missouri. Randolph was a devoted member of Mount Carmel Baptist Church where he served under Pastor Mac J. Williams, Sr. who was a friend and brother. In 1993, he established a new ministry called New Life and continued to reach teens and youth for Christ. He was a “jack of all trades” and could fix just about anything! He enjoyed singing, golf, photography, fishing, football, (he was an avid Denver Broncos fan and Tampa Bay Buccaneers fan), and watching westerns (SHANE!).

After his first marriage dissolved, Randolph joined hands in marriage with Susan Adele and has since celebrated their union of 24 years. With this union, Randolph blended his family with the blessing of Susan’s four children that he loved as his own: Johnathan Adam Scott (Jacqueline), Rikke Janelle McKinney, Benson Ricardo Gabrielle Silie (Yashira), and Angeline Isabellita Silie who blessed them with twelve more grandchildren. In 1998, he became the founding executive director of the Salvation Army Northwest Community Center in West Palm Beach, Florida. In 2000, with the support of his wife Susan, Randolph also co-founded the North Rosemary Christian Fellowship Church where they ministered for 12 years. Their ministry helped transform a community that was formerly filled with clubs and drugs into a safe place to grow in Christ. Randolph retired from formal ministry in 2009. In 2008, he and Susan took a multiyear journey of a lifetime driving across the entire United States. Upon return, they settled in Palm Bay Florida. From 2011-2022 they served diligently with the Palm Bay Military Base Church ministry at Patrick Air Force Base, currently known at Patrick Space Force Base, here, Randolph taught Bible study, sang with the praise team, volunteered in the office, and served their annual Vacation Bible School Ministry.

Share Your Memory of
Pastor Randolph
Upload Your Memory View All Memories
Be the first to upload a memory!
Share A Memory