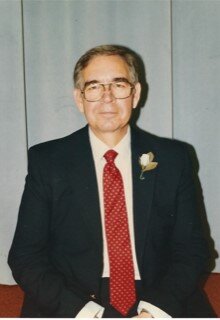 John Lenard Whitney passed away at his home in Rockledge, Florida on Saturday, August 27, 2022, after a long illness. John was born December 26, 1935 in Miami, Florida to Allen Everett Whitney and Brady Bernice Greathouse. John is survived by his wife of 45 years, Wendy Seaman Whitney. Between John and Wendy, they have an extended, blended, and complex family of eight children consisting of Anita Whitney, Spencer Brintle, Tracy and Gerri (Brintle) White, Robert Patrick, and Billie Jo (Anderson) Whitney; deceased at birth Margaret Ann Whitney, Charles Moon, Paul Moon, Ben and Gayle (Whitney) Bowen, and Christine Whitney. He is also survived by 19 grandchildren and 14 great-grandchildren.

As a teenager, John worked on an orange farm fertilizing orange trees. In 1953, He joined the Air Force where he some spent time in Italy. He enjoyed and frequently spoke of visiting the ruins in Italy while serving there. He always said that Italy had the BEST drinking water he ever drank. After returning from his 5 ½ years of service to his country, he attended Brevard Community College where he earned an Associate Degree and taught first aid and safety at the College. John spent many years in the first aid and safety field while working with the American Red Cross, Brevard Ambulance, and The Central Florida Safety Council.

John joined The Church of Jesus Christ of Latter Day Saints in 1965. He met and married Wendy in 1977. He introduced her and her children to the Church and shortly thereafter they were baptized. John and Wendy were sealed for time and all eternity at the Washington Temple in March 1978.

John’s first love was his family. He was not a demonstrative person, but he felt his family knew that he loved them. He often said after he and Wendy left a gathering, how well everyone got along without arguments or contention. He was very proud of that.

His second love was gardening. He joined the University of Florida, Institute of Food and Agriculture Sciences Extension Office in Brevard County where he learned to become a Master Gardener. John worked hard volunteering and earned his 4,000-hour Volunteer Award. John quickly turned his backyard into a farm where he grew lots of things in raised beds. He often shared the things that he grew up with his family, even sharing the plants from time to time.

Lastly, John was obsessed with genealogy work. He worked tirelessly on researching history for his own family as well as many others within the Church and the community. He had a hard time leaving this world as he kept saying that there was so much work to do and he wasn’t finished.

His family wants to thank everyone for their prayers, thoughts, kind words, gifts, and meals given to them during this time. You all have made this grieving time pass a little easier. John will be greatly missed.

Share Your Memory of
John Lenard
Upload Your Memory View All Memories
Be the first to upload a memory!
Share A Memory