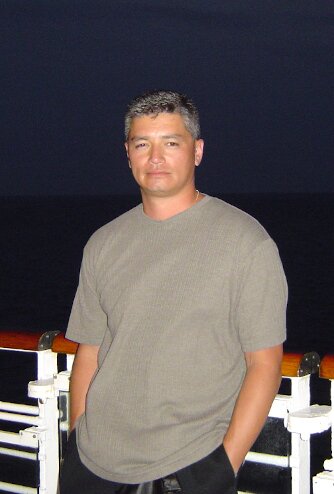 Ronnie Edward Fleshman, 57, of Palm Bay, Florida, passed away, Thursday, August 25, 2022, at his home surrounded by close family and friends.

Ronnie served in the U.S. Army for 15 years straight out of high school specializing in Military Intelligence as a morse code operator and Spanish linguist.  Ronnie was also an Airborne Jumpmaster stationed with the 82nd Airborne Division at Ft. Bragg, NC, and deployed for combat operations in the Middle East for Operation Desert Shield/Storm.  After his military career, Ronnie worked as an Information Technology professional for 23 years specializing in UNIX Operating Systems Administration, Enterprise Storage Administration/Architect, and as a Senior Manager for L3Harris Technologies in Melbourne, FL.  Ronnie retired from the professional world at the age of 56 on January 15, 2021.

Ronnie loved the outdoors and the beauty of nature.  Even though he was “gung-ho” and did so much in the military including jumping out of perfectly good airplanes he was also a geek at heart.  Technology always fascinated him and he frequently talked about how far technology has advanced in just his lifetime alone.  His downtime was never boring and he filled it with his favorite hobbies such as reading Sci-Fi and Dystopian genre books and traveling, especially cruising to the Caribbean and Alaska.  He also enjoyed golfing (at least trying to) but nature wasn’t appreciative of his many golf ball contributions.

Ronnie experienced a full life to include love and loss but always bounced back taking things in stride as a learning experience and even joked about low points in his life such as his 4 marriages and divorces.  Although he never found his true love to spend his final days with, he was loved by many.

Per Ronnie’s wishes, there will be no funeral or memorial service held.  Ronnie will be cremated and his ashes will be dispersed per his wishes given to his son Anthony.  In lieu of a funeral and memorial service a local social event will be held in celebration of his life.

Please send any donations in honor of Ronnie to his following favorite charity since he was always a big supporter of veterans and the sacrifices they and their families have selflessly given to this country.

Share Your Memory of
Ronnie Edward
Upload Your Memory View All Memories
Be the first to upload a memory!
Share A Memory