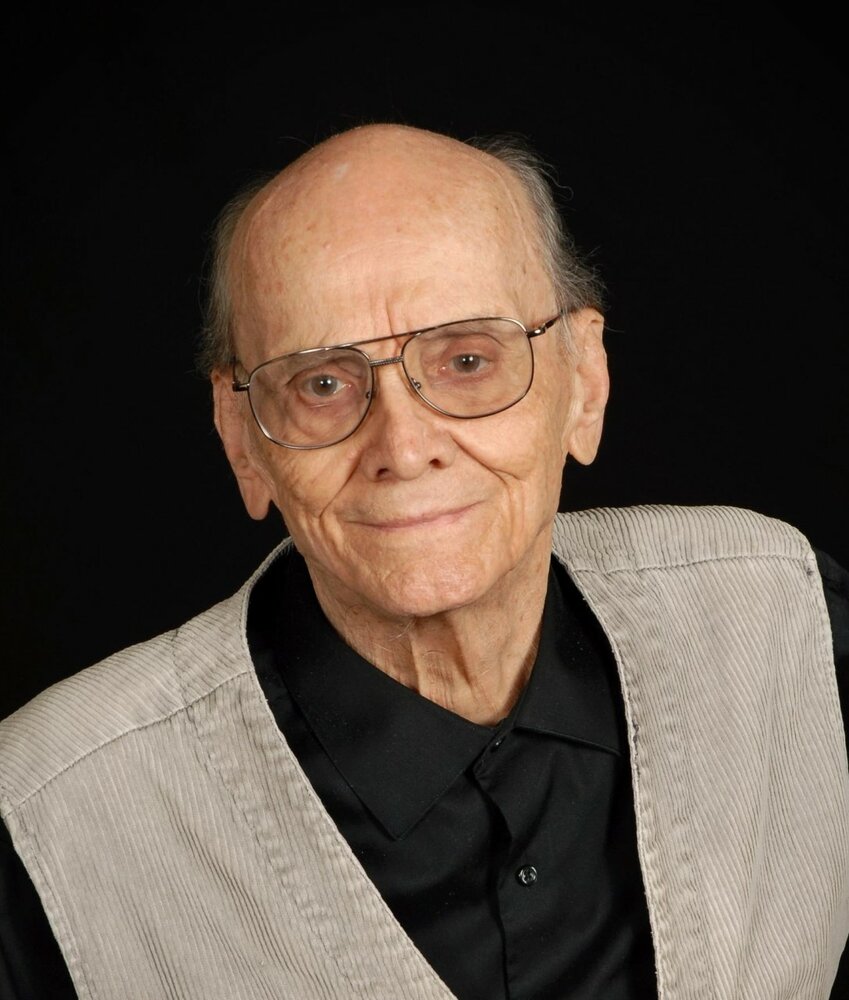 Born on August 26, 1926 in Buffalo, NY, Joseph was preceded in death by his mother and father, Barbara and Joseph, as well as his brother Frank and sisters Mary and Helen.

Joseph attended the University of Buffalo and a graduate of Erie County Technical Institute of Buffalo. He later moved to Florida, to pursue work as a Mechanical Designer, and eventually retired after a very accomplished career with Harris that spanned many decades. Joseph was a proud supporter of the Florida Sherriff's Association for more than 50 years, a dedicated family man, and a devoted son of God with the Melbourne Church of Christ.

Joseph is survived by his loving wife, Jane of West Melbourne; his daughters Janine Flanders of Jupiter, and Jennifer Pacyna, his son-in-law Larry and namesake grandson Joseph of Palm Bay. He is also survived by several nieces and nephews including nieces Barbara Brown (Lane) of Ft. Pierce, Vickie Lambie of Ft. Pierce and nephews Paul Dennis (Pam) of Alachua and John Dennis (Mary) of Ft. Pierce.

Calling hours are on Wednesday, August 3rd from 6 to 8 P.M. at Ammen Family Cremation and Funeral Care at 1001 S. Hickory Street. A church service will be at Melbourne Church of Christ on Thursday, August 4th at 10:30 A.M. followed by burial at Fountainhead Memorial.

The family is asking that in lieu of flowers, donations can be made in his honor to the Melbourne Church of Christ at 810 Hollywood Blvd., West Melbourne, FL 32904 or to the William Childs Hospice House at 381 Medplex Pkwy, Palm Bay, FL 32907.

Share Your Memory of
Joseph
Upload Your Memory View All Memories
Be the first to upload a memory!
Share A Memory