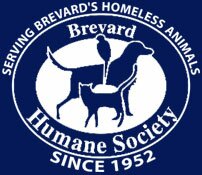 Leonard graduated from Hannibal Central School, Hannibal, New York in 1961. He graduated fro Ithaca College, Ithaca, New York in 1965. During his time at Ithaca College, he played on the baseball team and developed a lifelong passion for the New York Yankees. Leonard moved to Melbourne in 1971 where he taught at Holland Elementary School for 28 years and retired in 1999. He enjoyed fishing, following college baseball in Melbourne, and had boundless joy for his pets (in particular his dog Buddy).

He was predeceased by his parents. He is survived by his brother Jeffrey Earle (Sherry) of Ithaca, New York.

A special thank you for Leonard's care is given to the staff at Grand Villa in Melbourne, Florida, and to VITAS Hospice Center in Rockledge, Florida.

A memorial service with calling hours will be held at a later date at Ammen Family Cremation and Funeral Care.

Those who wish to remember Leonard in a special way may make a donation in his memory to the Brevard Humane Society, 1020 Cox Rd., Cocoa, Florida 32926.

Share Your Memory of
Leonard
Upload Your Memory View All Memories
Be the first to upload a memory!
Share A Memory