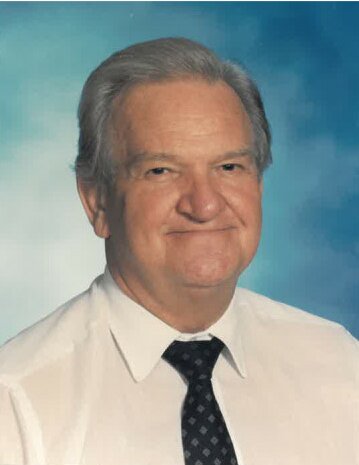 William "Bill" Carmen Burch, age 85, passed away on Saturday, June 4, 2022, at Holmes Regional Medical Center after battling Parkinson's Disease and other health issues during the last few years of his life. He was residing in Satellite Beach at the time of his death.

He was born December 25, 1936, in Concordia, Kentucky to parents William Jennings Burch and Nannie Lee Gardner Burch. He graduated from Dupont Manual High School in Louisville, Ky in 1954. He received a Bachelor's Degree from Anderson College in Anderson, IN, and a Master's in Education Degree from Ball State University in Muncie, IN in 1958. During his lifetime he lived in Concordia, KY; Louisville, KY; Anderson, IN; Muncie, IN; Eau Gallie, FL; and Satellite Beach, FL. He was a guidance counselor for over 40 years during his career, most of the time at Delaura Junior High in Satellite Beach, FL.

He married Linda Kiel in December 20, 1983, and moved from Eau Gallie, FL to Satellite Beach, FL when they married. He lived with her in Satellite Beach until the time of his passing.

Bill was larger than life; the life of the party, the entertaining one. He never met a stranger and always made a point to reach out to encourage those he knew. Over his lifetime he handwrote and mailed thousands of "Happy Grams" and circular notes to those he knew, and some to people he barely knew. He was a cheerleader for his children in every way possible. At their sporting events he was the loudest one in the crowd. Whistling louder than anyone thought possible and leading the cheers for everyone in the stands. He made many sacrifices to make sure his kids had what they needed.

During his years as a guidance counselor, he counseled thousands of students. He had a way of getting their attention and helping them see a brighter future for their lives. He tended to their needs and always attempted to help them solve their problems. Behind the scenes, he was a big fan of the student-athletes and would regularly challenge the strongest ones to arm-wrestling matches in the hidden corners of the school. He rarely lost. He was universally loved by all who knew him. He couldn't go anywhere in town without someone saying "hello" with a smile, and many times a hug.

He was very active in church all his life until the last few years when his health prevented him from attending. He was active at Community Church of God in Melbourne for many years and then Trinity Presbyterian in Satellite Beach after he married Linda. He was a "pastor's best friend kind of guy." Always serving, always helping. He was not afraid to get his hands dirty to clean the bathrooms or put a new coat of paint on a classroom. Over the years he served in almost every capacity imaginable at the church. He was always the encouraging one in the congregation, the first one to loudly say "Amen" when the pastor made a particularly good point.

For those who knew him, he was always telling stories or jokes, reciting poems, and asking others to tell him a story. His favorite phrase to recite was "I love you... but no one ever loved you like Jesus!" That was his life message.

In lieu of flowers, in honor of Bill, donations can be made to the Parkinson's Foundation, American Heart Association, and Trinity Wellspring Presbyterian Church.

The Celebration of Life service for Bill Burch will be Saturday, July 23rd at 1:00 P.M. in the Sanctuary of Trinity Wellsprings Church. Interment of ashes in the Memorial Garden will occur immediately after the service, followed by a reception held in the Fellowship Hall.

Share Your Memory of
William
Upload Your Memory View All Memories
Be the first to upload a memory!
Share A Memory