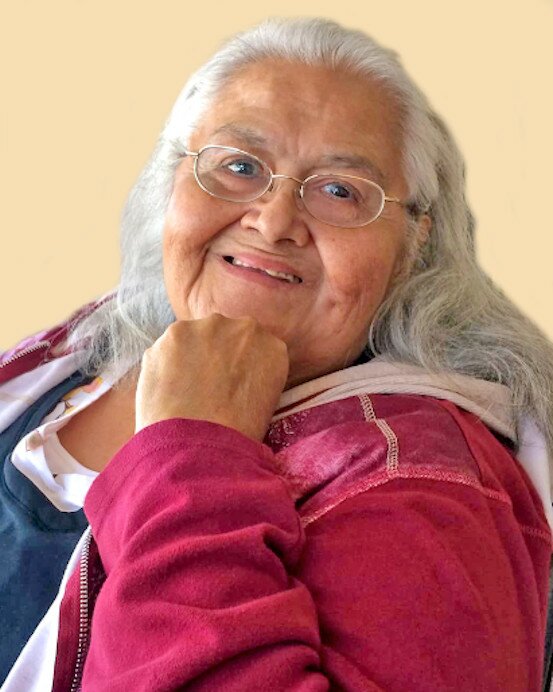 Obituary of Gloria A. Rodriguez

Gloria A. Rodriguez released herself from cancer on May 2nd and reunited with the love of her life, her husband Raul, and her beloved son Craig along with various loving pets. Although she lived in Palm Bay, Fl she was a die-hard Texan, born and raised in San Antonio, and considered herself a citizen of the world.

Gloria met Raul in high school when they were 16 years old. They eloped right after they graduated and began their married life first with the Army and then the Air Force. Their life in the service took them across the U.S., and around the world to the Philippines, Okinawa, and Germany; they endured 3 tours to Vietnam and remote tours to Thailand and South Korea, the separations only strengthened their love for each other and their family.

The Air Force certainly gave her challenges to overcome, but she also loved it deeply and the life and opportunities it afforded them. Gloria loved being a mom and an Air Force wife. It made her even more of a force to be reckoned with. She was epic in any situation. She delivered a baby, drove across the desert in a barely working car, drove her children to safety during a raging typhoon, and managed over 20 moves. She loved meeting new people, going to new countries, and exploring different cultures. She encouraged her children to make the most out of every country they went to. She was fond of saying “The world washer oyster”. Zweibrucken, Germany was her favorite base to be stationed at and Paris was her favorite place to visit.

A history buff and a voracious reader, almost every room in the house had a book with turned pages she was in the middle of reading. She always had one in her purse along with a toolkit, her Gameboy, various electronic gadgets which she adored, and an endless supply of Ricola cough drops. Whenever ANYONE coughed she would hand them a cough drop. Her favorite movies wereThe Quiet Man and Raiders of the Lost Ark. The summerRaiders came out she dragged her family out to the theater almost every weekend to see it. She loved strawberry ice cream, birthday cake, her favorite french word was “fromage”(cheese), she loved to barbeque, shopping for bargains, going to the commissary, she liked to crochet but finished few projects she just liked to crochet and she loved volunteering and did that almost all her life. Her favorite family moment was when her husband got them lost in Luxembourg and the family ended up having a picnic in a field surrounded by curious cows. She laughed every time she told the story.

Children adored her, especially her own. When she got older wherever she went kids of all races came running up to her calling her grandma. She was a very proud grandma and bragged her three grandsons were the “smartest, most handsome, and sweetest of all grandchildren in the world”. She saved every voicemail her eldest grandson ever left so she could relive him growing up.

Gloria was vivacious, bold, smart, gutsy, funny, loving, loyal, and beautiful. The family was everything to her and she was totally devoted to her children, grandchildren, pets, and most especially her husband whom she was furious for dying. They shared the same birthday; Raul always said when it was their time to go they would go together. He said to their daughter, that they either go together or he would go first because he could never imagine living in a world without her.

Gloria is predeceased by her parents Rudy and Hilda Peche, brother Rudy, her husband Raul, and their son Craig.

She is survived by her daughter Shari Rodriguez, grandsonsCole, Jesse, and Alex Rodriguez and his girlfriend Kaity Bedford, Gloria’s sister SylviaEsparza, her husband Guillermo Esparza, and Eric Esparza (nephew), and niece SonyaEsparza and her son Ethan Esparza.

On Friday, May 20th there will be Visitation/Viewing from 10 am to 12 pm and Funeral Service from 12 to 1 pm at Ammen Family Cremation and Funeral Care - Palm Bay 950 Malabar Road SE, Palm Bay, Florida.

Share Your Memory of
Gloria A.
Upload Your Memory View All Memories
Be the first to upload a memory!
Share A Memory