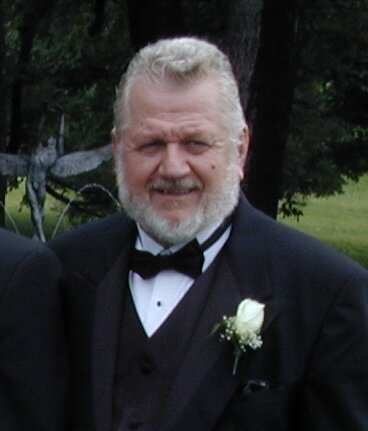 Edward Demko, 87, of Satellite Beach, FL passed away peacefully on April 27, 2022, surrounded by his loving family.

Edward Demko was born on January 1, 1935, in Yonkers, NY. He was the youngest of three boys born to John Demko and Mary Klenotic Demko. The first 13 years of his life were spent in a cold-water railroad style apartment with no central heating and a public bathhouse down the block. As a youth, he enjoyed exploring the streets of Yonkers by bike with his buddies. The family eventually moved into a better apartment, and then a house of their own in Yonkers, where Ed lived until he went to college.

Little Ed always had a love of technology and mechanical gadgets, and he knew from his grammar school days at PS 7 that he wanted to become an engineer one day. For high school, he attended the Saunders Trades School, where he enjoyed working in the electrical lab on various pre-engineering projects. He wore the leather helmet proudly on the offensive line of the Saunders football team. He also served as the Secretary/Treasurer of the Class of 1953 and the unofficial Saunders school photographer. As a teenager, he began his lifelong love of photography, cobbling together equipment from friends and Army surplus stores to capture sports and social events at school, developing all the photos in his basement darkroom.

He had a musical side too, playing accordion and guitar in his younger years and singing in the glee club in college. As a young man Ed also began to develop his skills as a painter. Over the years he created many beautiful pieces, inspired by nature and his faith.

Ed was a firm believer in the value of a good education. He was a proud graduate of Stevens Institute of Technology, where he earned a Bachelor’s in Mechanical Engineering (1957) and a Master’s in Electrical Engineering (1963). He later went on to earn an MBA from Farleigh Dickinson University (1971).

His long and fulfilling career as a “big shot day-shift engineer” began at Picatinny Arsenal, and continued at Singer Kearfott Division and the Northrop Grumman Corporation. He was a respected manager in the Reliability Engineering division, working in Surveillance and Battle Management Systems. As an active member of IEEE, he published several papers on reliability, and was especially proud to play a key role on the Joint Surveillance and Target Attack Radar System (JSTARS) program.

Ed met the love of his life, Veronica “Ronnie” Krehlik at the wedding of their friends Phil and Betty Jackson. After a two-year courtship, Ed and Ronnie married on September 1, 1962 at St. Nicholas of Myra Byzantine Church in Yonkers. Ed always contended that he was Ronnie’s father’s favorite son-in-law because he spoke Slovakian “just like an immigrant!”

Ronnie and Ed were blessed with five loving children. The family lived in West Caldwell and Caldwell, NJ for several decades, where Ed nurtured his children’s interests in and out of school. Most notably, he made time with each child to participate in the former YMCA program “Indian Guides/Indian Princesses.” He enjoyed organizing outings, teaching scouting skills, and serving several terms as “Chief” and “Medicine Man.”

In the summers, Ed planned and led epic family camping expeditions across the United States and Canada. On his travels, he always felt the pull of Florida. In 1988, he pursued an opportunity to finish out his career in Melbourne, FL, at Grumman. In Satellite Beach, Ed and Ronnie found their ideal waterfront home, where they docked a boat and learned all about growing tropical flowers and fruit. Ed embraced the good life in Florida, taking his family on boat rides, making great friends through couples’ bridge games, and hosting boat parade parties.

Ed’s best evenings were the quiet ones spent on his dock with Ronnie at his side, watching dolphins and manatees in the canal, and tracking the planes overhead while contemplating the beauty of Florida, “AND LOVING IT!”

After his retirement in 1997, Ed had lots of time to pursue his passions for painting and photography, and to travel the country with Ronnie in their RV. He spent several decades honing his recreational bickering skills with his beloved in-laws Michael and Isabelle Polese of Savannah, GA.

Ed had an unwavering faith in God. He was a member of St. Nicholas of Myra Byzantine Church in Orlando and was passionate about celebrating his Slovakian heritage by painting icons, making traditional Easter eggs, and recreating the holiday feasts of his childhood. In 2012 he achieved his lifelong dream of visiting the Holy Land, traveling there with his daughter Marie.

In his later years, Ed would often share stories of his parents’ hardships in the old country, and his own humble beginnings in his cold-water flat. From his dock, he would gaze across the water, knowing his parents and grandparents would be proud of all that he achieved, and of the strong faith, love, security, and wisdom he was able to pass on to his descendants.

Ed is survived by his dear wife Ronnie, his children, grandchildren, in-laws, nieces, nephews, cousins, and long-time friends. His life will be celebrated at a funeral Mass at St. Stephen’s Roman Catholic Magyar Church in Passaic, NJ. Following the service, he will be put to rest at St. Nicholas Cemetery in Lodi, NJ. For details about in-person and online options for participating in the celebration, please contact a family member. In lieu of flowers, a donation may be made in Edward’s memory to the St. Michael’s Cathedral Food Pantry, 96 First Street, Passaic NJ, 07055.