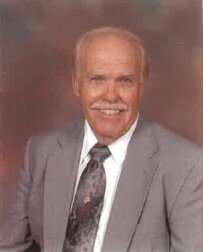 Frederick E. Dale, 89, passed away peacefully in his sleep surrounded by his family on Thursday March 31st. Fred was born on December 1, 1932 in Brockton, Massachusetts. He was the oldest of five children to John and Margaret Dale. He graduated from Taunton High School in 1950. Following high school Fred served in the Marine Corp for 3 years in the Korean War.

He was preceded in death by his parents; brother-in-law Gerald Buckley of New Bedford, MA, his sister Donna Fisher and her husband Fred Fisher of Milford, CT.

Fred worked as a field manager for the New York Phone company before enjoying an early retirement at 55. During retirement Fred was always active, he enjoyed socializing with friends, playing racquetball and tennis. Fred was an avid reader.

In 1951 he met the love of his life, Phyllis. After completion of his tour of service in the Marines, Phyllis and Fred were married in June of 1955 and settled in New Rochelle, New York, before moving to Danbury, Connecticut and eventually retiring in Melbourne, Florida.

Fred was a proud Marine throughout his lifetime. He enjoyed spending time with his grandchildren and was always quick with a joke.

In lieu of flowers, donations can be made to the Alzheimer's Association at ALZ.org.

Share Your Memory of
Frederick
Upload Your Memory View All Memories
Be the first to upload a memory!
Share A Memory