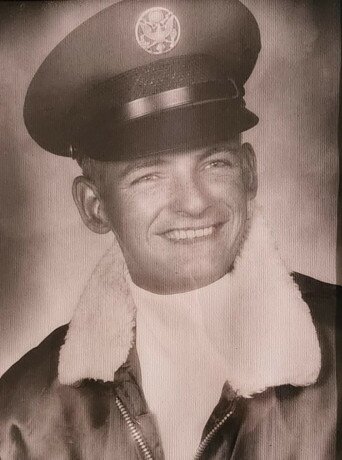 Carroll Gene Goodale, 73, of Palm Bay, Florida passed away peacefully with family by his side on April 2nd, 2022 at William Childs Hospice House Palm Bay, Florida after a long illness. He was born on June 5th, 1948 in Bangor, Maine to Harold and Arlene (Wing) Goodale. In 1968 he joined the Air Force and served for just over 20 years. While in the service his travels took him to Vietnam, Philippines, Panama, Guyana, Guam, Texas, California, and South Carolina. After he retired he moved his family to Bangor, Maine where they lived for 12 years. He fell in love with Florida after visiting his son in 1999 and he and his wife settled down in Palm Bay, Florida in 2000 where he lived until his passing.

Carroll loved classic muscle cars and spent countless hours rebuilding engines, welding custom exhausts, and doing his own custom paint jobs over the years. He was also an avid carpenter having built many pieces of custom furniture and cabinetry in his spare time.

Carroll is survived by his loving wife of 47 years, Teresa (Paulk) Goodale of Palm Bay, Florida; his son Richard Goodale and his wife Amanda (Haley) Goodale of Marion, Texas; his brother, Harold Goodale Jr of Hampden, Maine and two sisters, Paulette Brodsky of Holden, Maine and Kathy Gagne of Brewer, Maine; two grandchildren, Reygan Goodale of Marion, Texas and Mikella Goodale, of Salem, Massachusetts; and two step-grandchildren, Kierstyn Britton, of San Antonio, Texas and Auston Britton, of Marion, Texas. He was preceded in death by his parents and a sister, Donna Goodell.

A memorial service with military honors will be held on September 18 in Texas.

Share Your Memory of
Carroll
Upload Your Memory View All Memories
Be the first to upload a memory!
Share A Memory