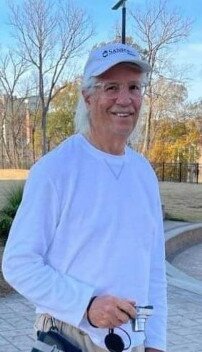 James Francis “Jim” Kelly passed away March 9, 2022 with family by his side.

Jim was born February 5, 1954 to Eva and Frank Kelly. Prior to Jim’s birth, his parents opened their home in Warrenville, IL to Frank’s nieces, enabling Jim to grow up with 2 doting sisters, Catherine and Leilani. When Jim was 7, his family grew when his parents had twin girls, Patricia and Michaela.

The Kelly family purchased a farm in Monticello, WI, where Jim spent summers camping with the family, working the fields and tending to chickens, sheep, dogs and ponies. In high school, Jim excelled at academics and sports, including basketball, track, and golf.

At a young age, Jim learned to play the organ and piano, mastering difficult classical pieces and continuing to play them all his life, serving as choir director in Ripon, WI, where he attended college.

While in college, Jim met John Gibbons, who was to be his best friend for the rest of his life. After college, Jim enlisted in the Peace Corp, traveling to Kenya, where he met his wife, Joyce. During his time in the Peace Corp, Jim learned to speak Swahili, Latin and German, developed a love of culture and made many life-long friends

After returning to the states with Joyce and their children, Patrick and Alethea, the family added more sons, Joel and Jonathan, while Jim worked in various corporate jobs. In December of 2021, Alethea blessed the family with the birth of Jim’s granddaughter, Alexandra.

In addition to spending time with family and music, Jim greatly enjoyed cycling, sharing with others the beautiful photos he took on his many travels. He was a computer wiz, building more than one from scratch, and was a lifelong student, relishing any opportunity to read and learn.

Jim was preceded in death by his parents, Frank and Eva, and his sister, Leilani. He is survived by his family: Joyce; his children, who were his pride and joy, Patrick (Lorna), Alethea, Joel, and Jonathan; his granddaughter, Alexandra; sisters Catherine, Patricia (Richard), and Michaela; his many cousins; and his nephews and nieces, Nasso, Filitsa, Virginia, Liam and Jessica.

A celebration of Jim’s life will be held later this year.

Throughout his life, Jim showed kindness to others. He will be missed.