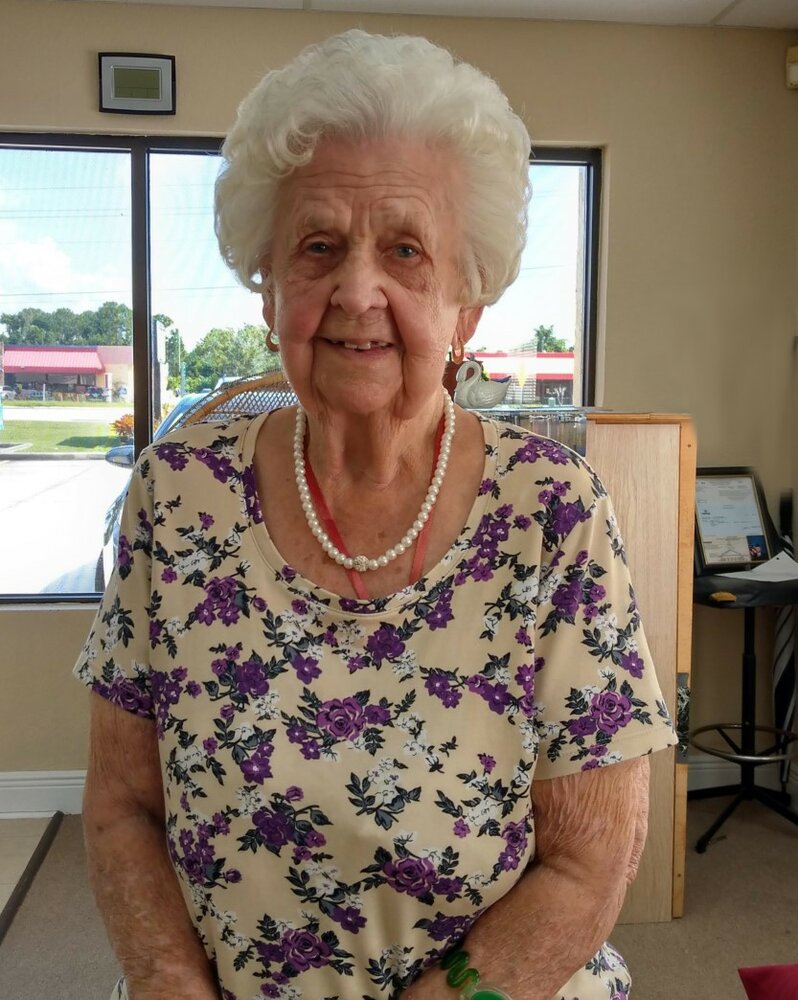 Melbourne, Florida- On March 14, 2022, this world lost one of its brightest lights. Esther Jean Hunter went home to be with our Lord at the age of 99. How do you tell the story of someone so loved in just a few paragraphs? We could list her jobs, her education, where she has lived etc. But this is what she would want you to know. She would tell you not to cry for her as this is what she has awaited all her life. She was called Mom, Baci, aunt, sister, and friend but for anyone who was blessed to meet her there was one thing that was undeniable. She was truly a child of God.

"God made us to know Him, to love Him, and to serve Him in this world and the next, and to be happy with Him forever in heaven."

She leaves behind a legacy of faith, love, and charity. This was her greatest accomplishment. This is evident in the many people who have felt the loss of her light.

She was preceded in death by her mother Victoria (Pulaski) Krukowski and father Joseph John Krukowski, husband Donald E. Hunter, daughter Donna Marie (Hunter) Smith as well as her sisters and brothers.

In lieu of flowers, we ask that you make a donation in her name to the Alzheimer's Association, alz.org.