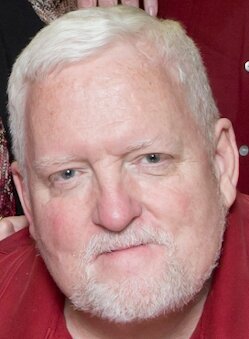 Mike was born in Beckley, WV to Alvin and Dorothy Sweeney on November 22, 1951. He graduated Culver Military Academy in 1969, continuing his education at Princeton and WVU. Mike enlisted in the United States Air Force in 1974, serving his country as a Nuclear Weapons Specialist during the Vietnam era, with a tour in Kunsan, South Korea, and all through Operation Desert Shield/Storm. During his career in the Air Force he earned a Bachelor’s Degree in Psychology with a minor degree in Business Admin from Southern Illinois University. In 1995, Mike retired as a Master Sergeant and he and his wife moved to Palm Bay, FL. Mike worked for MC Assembly for many years as a Quality Inspector until he retired in 2010.

Mike was preceded in death by his parents, Alvin and Dorothy Sweeney, and mother- in- law Carroll Beloit.

Anyone who knew Mike knew he loved sports of all kinds, and was a lifelong New York Yankees fan. He played football and baseball in school and during active duty, and coached youth soccer. He also loved movies and books of all kinds, but especially loved old westerns and murder mysteries. During the last several years Mike had also become a prolific, bipartisan political blogger, and was published on many popular sites. His brilliant mind and talent for debate are something his family and friends will truly miss.

The family wishes to extend their gratitude to the Palm Bay Police Department First Responders and Dr. Brian Oliveira MD and Staff at Palm Bay Hospital.