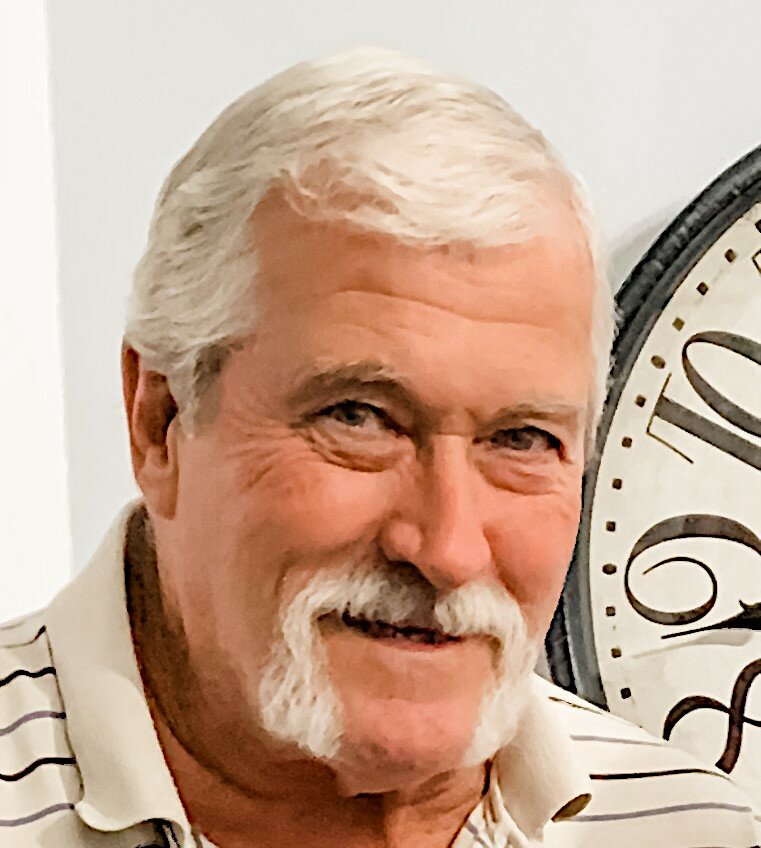 Butch was born July 26, 1948, to Helen and Ellsworth Harry Van Fleet in Cincinnati, OH. Butch passed away March 3, 2022, at Holmes Regional Medical Center in Melbourne, Florida due to complications from a blood clot.

Butch moved to Melbourne July of 1962 with his parents and sister. He graduated from Melbourne High School in 1966. He went on to graduate from the University of Florida with a Bachelor's Degree in Business Administration. He played basketball for Mel Hi and at U of F on the freshman team. After graduating he served in the U.S. Army. Upon honorable discharge from the military he worked in finance, but he wasn't excited about his career choice so he switched careers to what he is most known for, a Block Mason.

Butch was a Little League umpire for many years, an avid golfer and a family man. He was a member of the Brevard Old Red Eye Rugby Club. I once saw a bumper sticker that said, "Give Blood, Play Rugby" for which he did. He is a 20 gallon blood donor at the local blood bank.

Later in life, he enjoyed going to his grandkids' sporting events, planting trees on his property and sitting on the porch with a frosty beverage.

Butch was preceded in death by his parents. He is survived by his wife Veda; sister Sandy Van Fleet; his children Jeremy Van Fleet (Jodie Rostas), Chad Van Fleet (Jennifer), and Matt Van Fleet; and his grandchildren Luke, Harper, and Levi.

Heros are remembered, but legends never die. To honor his memory, live.

Butch will be cremated by Ammen Family Cremation and Funeral Care in Melbourne, FL. Following his wishes, there will be no formal service at this time.

Share Your Memory of
Ellsworth
Upload Your Memory View All Memories
Be the first to upload a memory!
Share A Memory