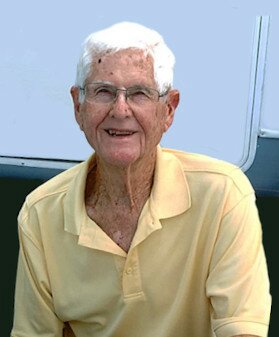 Emory was born on January 17th, 1937 to Emory and Annie Hall in Plant City, Florida. He grew up with his younger brother Richard.

After graduating from high school, he joined the United States Marine Corps Reserves and was a member of Tampa’s First Amphibious Tractor Battalion, where he specialized as a rifleman.

Emory met the love of his life, Alice Prevatt, in 1955 and they were married the following year on August 17th, spending 65 wonderful years together. Together they have 3 children, 4 grandchildren, and 4 great-grandchildren.

In 1959 he started working in Cape Canaveral as a Propellants Specialist before retiring in 1997 after 38 dedicated years.

Emory enjoyed camping with his wife and spending time with family.

A Memorial Service will be held March 5th, 2022 at Ammen Family Cremation and Funeral Care at 1:00 pm.

Share Your Memory of
Emory Talmadge "E.T"
Upload Your Memory View All Memories
Be the first to upload a memory!
Share A Memory